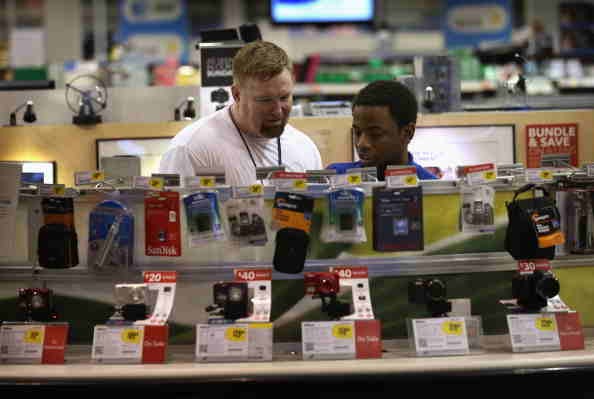 Macy's has announced that it will be testing licensed consumer electronics departments in 10 of Macy's stores that will open in early November 2015, according to a press release issued by Macy's.

The company will be partnering with Best Buy for the test.

Macy's said in the press release that the consumer electronics departments will feature Samsung smartphones, tablets and smart watches.

It will also include audio devices, such as Bluetooth speakers and headphones, and accessories, which include cases, chargers and other peripherals from Samsung and other brands.

Jeff Gennette, president of Macy's, said in the press release that the company is delighted for the return of consumer electronics to Macy's stores.

"We are delighted that consumer electronics will be returning to selected Macy's stores through this test, which will allow us to learn how we can best serve our customers' needs in this very sophisticated category," he said.

"Our customers have expressed interest in electronics for self-purchase and gift-giving, and this collaboration with Best Buy reinforces Macy's as a shopping destination throughout the year for the products that are most in demand," he added in the press release.

Fortune reported that the move is Macy's way to combat its slipping sales as consumer spending is moving away from apparel, accessories and shoes.

These items generate about 85 percent of Macy's sales.

Fortune adds that the partnership with Macy's allows Best Buy to expand its retail footprint and reach new customers.

Both companies will wait and see how the 10 Macy's stores, that will house the licensed consumer electronics departments, will do during the test run in the upcoming holiday season before deciding on the next step.

The Best Buy licensed shops will be about 300 square feet in size and will open in various Macy's stores throughout the U.S, according to the press release.

Best Buy will be the ones to provide the staff of the said consumer electronics department.