Boeing Plans to Speed Up Production of 767 Aircraft, Accommodate 50 Orders from FedEx 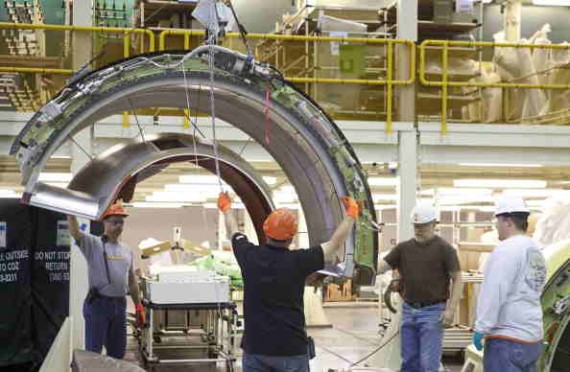 Boeing Co. is planning to increase the monthly production of its 767 aircraft to 2.5 planes a month in late 2017, according to a report from The Wall Street Journal.

The push in the production of the aircraft is for the accommodation of FedEx Corp's order of 50 airplanes.

A report from The Wall Street Journal last July said that FedEx, the largest international express-package air carrier, plans to acquire as many as 100 new 767 freighters.

The agreement, which is worth nearly $20 billion in list price, includes a firm order of 50 new 767 freighter aircraft and an option to purchase 50 more.

To accommodate the demand, Boeing plans to push the production of the 767 jet by 25 percent, according to Reuters.

The airplane maker currently builds about 1.5 767 widebody jets a month and is due to increase its production to two a month by the first quarter of 2016.

The Wall Street Journal adds that Boeing's Everett, Washington assembly line is already gearing up for the production of a heavily modified version of the 767 for the U.S. Air Force (USAF).

The USAF plans to buy as many as 179 of the modified 767 and use it as a refueling tanker.

The Wall Street Journal adds that Brad Zaback, vice president and general manager of the 767 program, said in an internal statement that "the 767 has a very healthy backlog through the mid part of the next decade."

"We are confident the market will support a long-term future for the 767," he said.

The Wall Street Journal adds that Zaback also said in the statement that he expects the increase in production of the 767 will add employees.

The company will be adding employees by 2017 as the tempo of the production increases.

The 767 is a twin-aisle plane that holds up to 290 passengers and is also a popular freighter, according to Reuters.