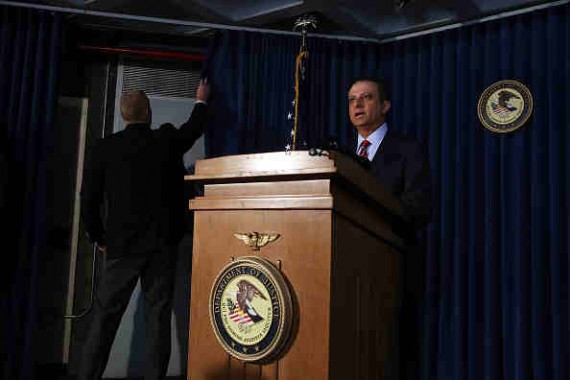 The U.S. Justice Department has just announced in a press release the filing of criminal charges against General Motors Co. (GM) for concealing a potentially deadly safety defect from the National Highway Traffic Safety Administration (NHTSA).

The filing also comes with a deferred prosecution agreement with GM that requires it to transfer $900 million to the United States by no later than Sept. 24, 2015.

Under the terms of the agreement, the automaker will admit that it failed to disclose the defect to the NHTSA and misled U.S. consumers about the same defect, according to the press release.

GM will also have to agree to the forfeiture of the $900 million that it will transfer as pursuant to a parallel civil action also filed today in the Southern District of New York, according to the press release.

If GM abides by all of the agreements, the prosecution on the information will be deferred for three years, and then the government will seek to dismiss the charges.

Attorney General Loretta E. Lynch said in the press release that consumers have "the right to expect" that car companies will be "taking their safety seriously."

"The Department of Justice is committed to ensuring that the products Americans buy are safe; that consumers are protected from harm; and that auto companies follow the law," she said,

U.S. Attorney Preet Bharara of the Southern District of New York also said in the press release that GM has failed to disclose the safety defect to the public and regulators for two years.

"By doing so, GM put its customers and the driving public at serious risk," Bharara said. "Justice requires the filing of criminal charges, detailed admissions, a significant financial penalty, and the appointment of a federal monitor."

The switches can slip out of the run position unexpectedly to off or accessory.

ABC News also reported that the slip out can shut off the engine and disables the power-assisted steering, power brakes, and air bags.

The problem has caused crashes that killed at least 124 people and injured 275 more. The report said there are lawyers in charge of a fund set up by GM to compensate victims, said.

The Wall Street Journal adds that the settlement will help close the book on one front of GM's safety crisis.

The crisis has tarnished the company's reputation among consumers, reduced its offers and has dampened its recovery from bankruptcy.