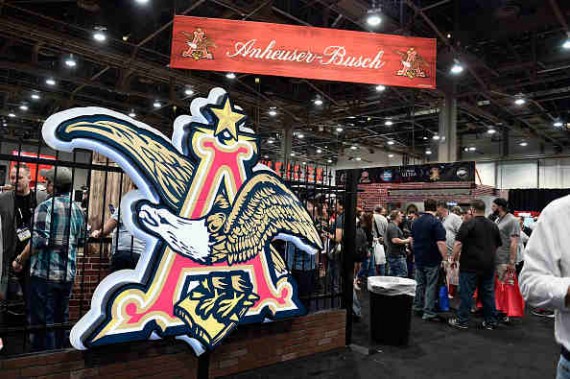 Anheuser-Busch InBev (AB InBev), the world's largest brewery by volume and the maker of Budweiser, is planning to acquire SABMiller Plc, the maker of Pilsner Urquell and Peroni, according to a report from CNN Money.

The possible merger of the two companies would create a "super brewery" as the combined entity would own nine of the world's top 20 beers by volume and have annual sales of $55 billion.

Reuters adds that the merged company would have a market value of $275 billion at current prices of its stocks.

The two companies would also be combining the dominance of AB InBev's in Latin America with SABMiller's in Africa.

Andrew Holland, an analyst at Societe Generale, told Reuters that the real interest for AB InBev is the access in Africa.

"The real attraction is Africa, where AB InBev has no presence, as well as some add-ons in Asia and Latin America," he said.

CNN Money adds that AB InBev has been interested in acquiring SABMiller for a while, as the brewer has been put in a tough spot recently.

AB InBev's sales of its Bud and Bud Light have been struggling for years.

CNN Money reported that large breweries are also under pressure to defend their market against the boom of craft beer.

Younger drinkers have been turning to the independent breweries in great numbers, prompting the global market leaders to try and get into the act.

AB InBev has already acquired Seattle's Elysian Brewing, Oregon's 10 Brewing and the Chicago-based Goose Island in the last year or two, according to CNN Money.

SABMiller has also gotten into the craft beer craze by acquiring London's Meantime Brewing Company in May.

Spiros Malandrakis, a senior analyst at Euromonitor International, told CNN Money that the possible merger could provide relief to the large brewers but won't reverse the current trend.

"It can perhaps provide some last drops of stock market intoxication but will remain largely irrelevant to the scores of millennials seeking alternatives to big beer's offerings," he said.

AB InBev and SABMiller have each confirmed the rumors of the merger in a statement provided separately by both companies.

CNN Money reported that AB InBev has until October 14 to make a formal bid or abandon the plan under the takeover rules of UK.