Boeing to Build the Fuselage Panels of the 747 at its Macon, Georgia Facility, Company to Invest about $80 Million 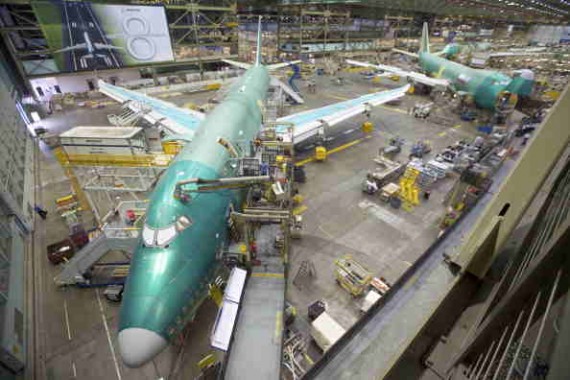 The Boeing Company will be building the fuselage panel of its 747 at its facility in Macon, Georgia starting in 2018, according to a press release issued by Boeing.

The aircraft manufacturer will be investing approximately $80 million in employee training, tooling and building modifications over the next three years.

The Macon facility currently does defense work, which include the replacement center wing sections for the A-10 Thunderbolt II, and sub-assemblies for the CH-47 Chinook helicopter, according to the press release.

Boeing said in the press release that the defense work is scheduled to be completed in mid-2016, at which time the company will be transitioning the facility for commercial work.

Staffing at the facility will be temporarily reduced during the transition, but the company expects to achieve full production of the 747 fuselage panels by mid-2018, where it will be employing up to 200 people.

Boeing will be equipping its facility in Macon with new tooling and equipment that will occupy the entire 220,000 square foot facility, according to the press release.

The company also said that the new and advanced manufacturing system will be able to increase quality and employee safety while reducing the time needed to produce the fuselage panel.

Kent Fisher, vice president and general manager of Supplier Management of Boeing Commercial Airplanes, said in the press release that the move is another example of how the company can leverage its resources to add value to customers.

"While our initial focus is on the production of fuselage panels for the 747, the Macon facility provides us a high-quality alternative for structures work currently outsourced to other suppliers," he said. "It's also an attractive option for developing new airplanes."

Boeing will be taking over the work from Triumph Aerostructures-Vought Division, according to the press release.

Boeing though didn't specify in the press release the reason why it is taking over work from Triumph Aerostructures.

The Wall Street Journal adds that Triumph had faced quality and schedule challenges that required it to rent Russian cargo planes just to catch up.

The company also took a $152 million charge in its recent quarterly earnings following the planned drop in 747 outputs.

The Wall Street Journal adds that Boeing and its rivals have also been facing criticisms for outsourcing work once done by their own workers.