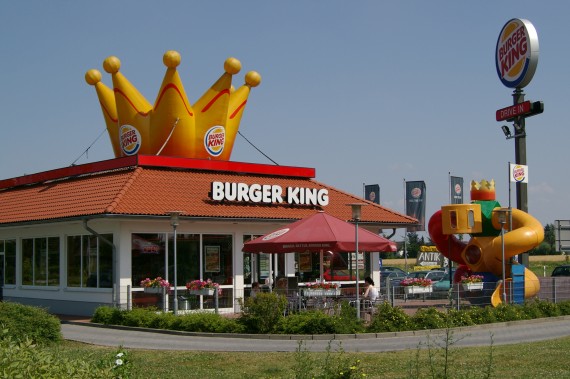 Burger King will offer a "French Fry Burger" beginning Sunday according to the New York Post.

"I would order it for curiosity's sake, just to see what it's like," Germain Berrios, 29, a maintenance worker in Manhattan and Staten Island resident told the Post. "I've done it before --- have the burger and just put the fries on top ... Why not just skip a step and charge a little more for it, you know? Next they're gonna say, 'Oh, try the sweet-potato fry burger."

The new food item will have four fries on a beef patty inside of a hamburger bun and be available on the Burger King dollar menu the Post reported. See photo here.

"I already know it's gross. I just want it. There's nothing you can do," Lauren Chin of Sunset Park, Brooklyn told the Post. "The crazy new stuff is not what I'm going for. Just a cheeseburger with the fries where they belong."

The latest menu addition is the fast food chain's way of staying competitive with other restaurants who are struggling to get customers into their locations by marketing their cheapest food the AP reported.

McDonald's for example is set to introduce its "Mighty Wings" beginning Sept. 9 which will be in direct competition with  KFC, and Popeye's just in time for football season, the Post reported.

The "French Fry" burger will be on the menu until the end of fall, and has 390 calories the company said on its website. A burger and a medium side of french fries totals 650 calories.

According to the AP, Burger King's sells dropped 0.5 percent in the last quarter, while McDonald's increased one percent.