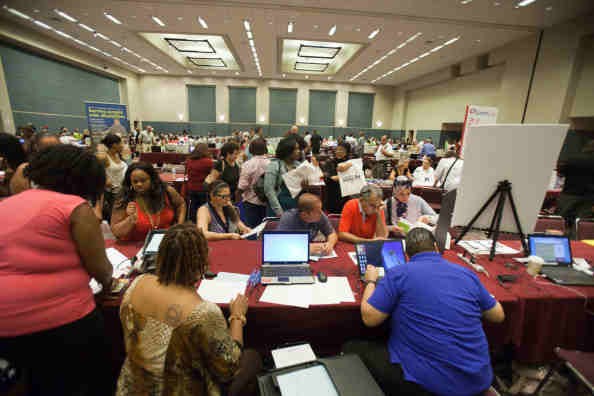 The Nevada Department of Employment, Training and Rehabilitation (DETR) said that the ability of claimants to file for benefits of the unemployment insurance will be interrupted for 1 week, according to a press release issued by the DETR.

The interruption is due to the implementation of the DETR's second phase of its new unemployment insurance computer system.

Renee Olson, an administrator for DETR, said in the press release that the UInv, its unemployment insurance computer system, will be offline at 5 p.m. on Monday, September 21, 2015.

The DETR's telephone claim lines will also be closed during the week of the interruption, according to the press release.

DETR representatives won't be able to access any information related to the unemployment insurance claims.

Olson said in the press release that they are aware the service interruption "may result in inconvenience" for a number of their customers.

"We are confident that most of the 26,000 active claimants will file before the outage, as this is the period of time they usually file," Olson said. "Our goal is to mitigate any issues with benefits payments by reminding claimants to file before the system goes offline."

KTNV adds that claimants are encouraged to file their weekly unemployment insurance claims between midnight of September 20, 2015, and 5 p.m. of September 21, 2015.

This will ensure that the claimants will avoid any delays in benefits payments.

Olson also said in the press release that the upgrade is "long overdue" as the current system is already outdated.

The computer system that the DETR is using is already 30-years-old.

Claimants who are scheduled to have adjudication interviews won't be affected by the service interruption, according to the press release.