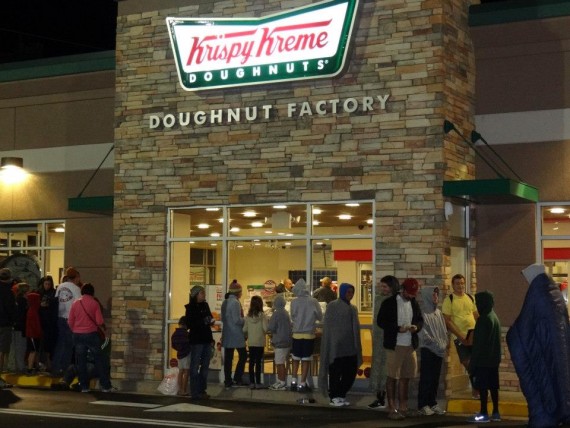 Krispy Kreme did not meet its earning estimates for the second quarter.(Photo : Krispy Kreme Facebook Page)

Krispy Kreme did not meet its estimates for the second fiscal quarter.

"It looks like direct operating expenses were above expectations, and that's likely one of two things: expenses for new factory stores or it could be expenses related to building out their franchises internationally and domestically," Lyon said

Krispy Kreme projected earnings for the year would be 59 cents to 63 cents a share, which is one shy of a 64 cents a share estimate from analysts MarketWatch reported. Despite the recent news, the company has been able to stay above water as customers have remained loyal.

The chain has also been able to keep up with other leaders in the restaurant business. These include rival Dunkin Donuts, coffeehouse leader Starbucks, and low-priced burger chain Wendy's. While the company has been expanding domestically and internationally, it has seen sales at its existing locations increase over the past year.

The company revealed details of an agreement with global fast food restaurant chain Lotteria Co. earlier this month that brings 60 new Krispy Kreme locations in South Korea in the next five years Investor's Business Daily reported. The news comes from the chain's goal to expand globally

The restaurant chain currently sits at number 47 on the Investor Business Daily's list of the 197 performing industries. The placement is down from its former number 14 slot. Krispy Kreme has 4,300 employees, and was founded in 1937 according to the company's website.