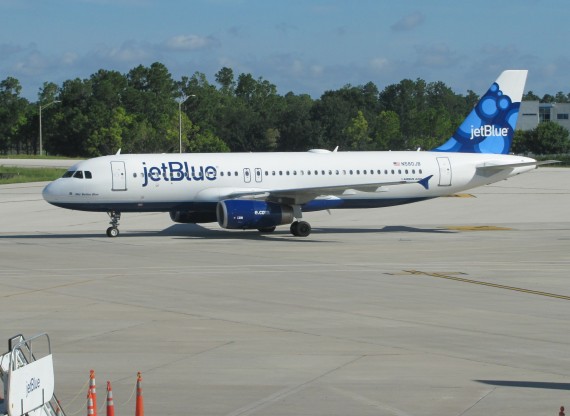 Dozens of JetBlue Airways flights were delayed Friday morning after a computer problem hindered the airline's capability to bring planes to their gates for departures.

According to the Associated Press, while the airline's system was back up and running by 10:30 a.m., delays were still expected throughout the day. Forty flights were listed as delayed at 11 a.m.

JetBlue described the situation as issues with its IT network connectivity, and did not give any more detail.

According to Miller, the outage affected an IT system critical to releasing planes with accurate flight information in the cockpit, Miller said.

Roughly a third of all of JetBlue's flights were listed as delayed on flight monitors at New York's John F. Kennedy International Airport, the airline's largest operational base. Flights were delayed an average of 90 minutes the AP reported.

Airlines use computers to determine, weight, fuel and other crucial information that crews and other airline staff need before a plane can leave the gate. Fliers took to Twitter to express their frustrations about the travel dilemma.

Twitter user @Green000s said "Please work faster, You've had 4 hours to get your tech people on this. Bring in the A team."

JetBlue's social media team then responded to each person with tweets such as the one below NBC News reported.

The computer programs are not working correctly. We're working now to address it. All flights are delayed until it can be resolved."

@Green000s then said, "I'm happy to report the problem is fixed! Thank you for your hard work!"