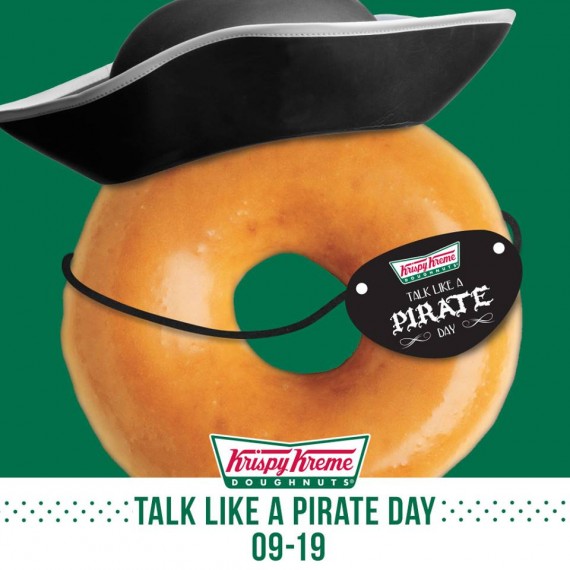 Customers to Krispy Kreme doughnut locations throughout the United States who talk like a pirate receive a free doughnut. Those who are also donned in a pirate costume get a box of a dozen donuts. Long John Silvers is also giving away free pieces of their classic whitefish.(Photo : Krispy Kreme Facebook Page)

"To the landlubber who dares to wear full pirate attire goes a bounty of one free dozen original glazed doughnuts," Krispy Kreme said on its Facebook page for the event.

The comedic and parodic holiday is celebrating its 18th year Newsmax reported. Customers who want to participate in the occasion are asked to speak like a pirate. Doing so will get them one free doughnut per customer at participating Krispy Kreme locations thoughout the United States. Those who talk like a pirate and don a pirate costume will receive a box of a dozen doughnuts.

This can be done by saying several inarticulate growls with a few "ahoys," "mateys" and "shiver me timbers".

Participants can also say "ye" instead of "you" to sound more British than a chimney sweep, "me" in place "my." People should also slur their words, think nautical, and threaten people, Tinereported.

Participants who don't want to growl and speak can keep it simple according to International Pirate Day organizers Time reported.

To receive a box of a dozen doughnuts, pirate costumes must include three or more items such as an eye patch, pirate hat, bandana, peg leg, parrot on shoulder, pirate shirt or loose white shirt, knickers, a leather belt, silver and gold necklaces, earrings, a pirate hook, and pointy black boots or ragged brown sandals. No weapons are allowed. 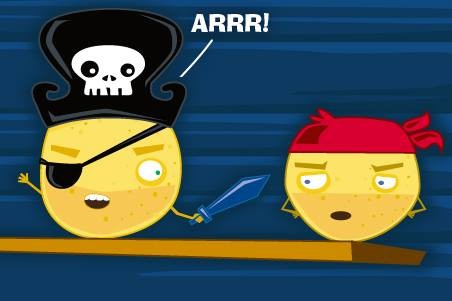 Long John Silvers is offering free pieces of their classic whitefish for international talk like a pirate day.

"Give us your best "Arrr" the company said on its Facebook page.