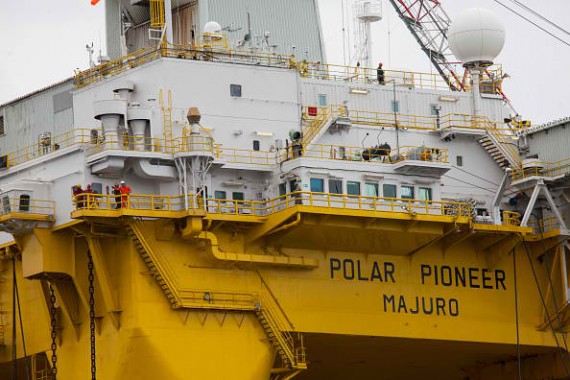 Royal Dutch Shell is ceasing further its exploration activities in offshore Alaska for the foreseeable future, according to a press release issued by Shell.

The company cited the high costs associated with the project and the challenging and unpredictable federal regulatory environment in offshore Alaska as the reason for the decision.

Shell said in the press release that they have indications of oil and gas in Burger J well, which is located approximately 150 miles from Barrow, Alaska and in 150 feet of water.

But the well doesn't provide sufficient oil and gas to provide for further exploration, and will be sealed and abandoned in accordance with U.S. regulations.

Shell also said in the press release that the company expects to take financial charges as a result of the announcement.

The company has about $3 billion in balance sheet carrying value and further $1.1 billion in future contractual commitments.

Marvin Odum, the director of Shell Upstream Americas, said in the press release that they are disappointed with the outcome, despite the potential that they see in the basin.

"Shell continues to see important exploration potential in the basin, and the area is likely to ultimately be of strategic importance to Alaska and the U.S.," he said. "However, this is a clearly disappointing exploration outcome for this part of the basin."

Reuters also reported that the unsuccessful drilling campaign of Shell in the area is its second major setback.

Drilling was interrupted in 2012 when a massive drilling rig broke free and grounded.

Reuters also mentioned that environmental campaigners welcomed the news of Shell abandoning its exploration in the area.

These environmentalists have criticized Shell's drilling plans in the Arctic, as it is home to a sensitive population of whales, walruses and polar bears.

John Sauven, the director of Greenpeace U.K., told Reuters that the news shows the people have won.

"They had a budget of billions, we had a movement of millions. For three years, we faced them down, and the people won," he said.

Shell said in the press release that they will be providing more updates regarding the financial charges when the results for 2015 third quarter earnings come out.