Tags
World Bank, request for increase in capital base 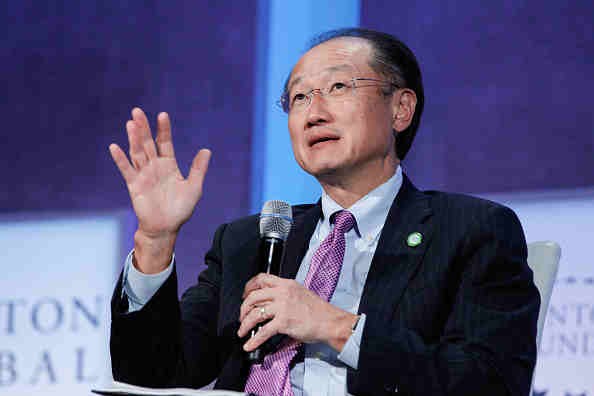 Jim Yong Kim, the president of the World Bank, is calling for global leaders to increase the institution's capital base, according to a report from the Financial Times.

Kim argues that the slowdown in emerging markets and the agreed upon developmental goals of the UN are reasons for the bank to need greater resources.

Kim and Bertrand Badre, the CFO of the World Bank, told the Financial Times that their main focus is to find a way to finance the UN's new development agenda, worth trillions of dollars.

"It depends on demand for World Bank group resources, and so far we've seen a big bump [in demand]," Kim said. "My own sense of it is that demand has gone up and will continue to go up, at least for the foreseeable future."

Reuters also reported that the UN's Sustainable Development Goals is a set of 17 goals that aims to combat poverty, inequality and climate change.

The Sustainable Development Goals was agreed upon last month.

Reuters mentioned that the request for capital comes after the International Monetary Fund's (IMF) statement last week about the emerging markets.

The IMF said that the deceleration in the economies of emerging markets will slow global growth this year.

In addition, The Financial Times reported that Kim plans to use the annual meeting in Peru to lobby the bank's shareholders to boost the capital of the International Bank for Reconstruction and Development.

The International Bank for Reconstruction and Development currently has a capital of $253 billion.

The Financial Times also stated that the push for an increase in the World Bank's capital appears to be getting support from the Obama Administration and China.

Both countries have pledged to support the World Bank during China President Xi Jinping's visit to Washington last month.

The Financial Times stated that both presidents promised to "further strengthen" the World Bank and its regional affiliate such as the African Development Bank "by enhancing their financial capacity.

China also pledged to "meaningfully increase" its contributions to the World Bank.

Nancy Birdsall, an observer of the World Bank and head of the Center for Global Development, told the Financial Times that the bid to increase the bank's capital will have trouble getting approval from the U.S Congress.

"It is hard to go to Congress to get money for anything that smells international," she said.