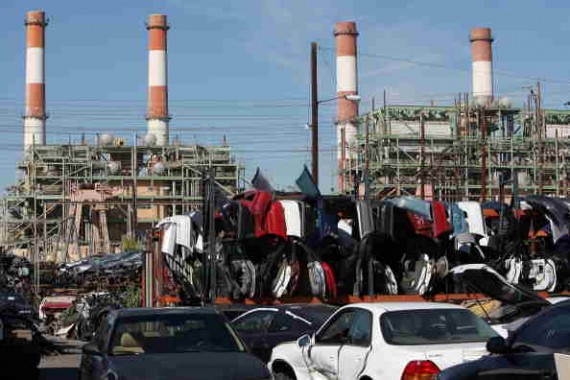 The Environmental Protection Agency (EPA) announced in a video that it is strengthening the standard of air quality for ground-level ozone, or smog.

The new standard didn't please anyone, from the businesses who will need to meet the new requirements, to the Environmentalists who are calling for tighter Environmental regulations.

Michael Brune, the executive director of Sierra Club, the nation's largest and most influential grassroots environmental organization, told 10News KGTV that what the EPA did is not enough.

"It doesn't go far enough to protect the millions of Americans living in communities with dangerously high levels of smog pollution," he said.

10News KGTV adds that the EPA is lowering the ozone standard from 75 parts per billion (ppb) to 70 ppb.

The EPA says in the video that the standard that they set is based on what science told them is necessary for protecting the health of Americans.

The agency said that they have reviewed thousands of scientific studies to arrive at their basis.

10News KGTV adds that the American Lung Association has said in the past that 60 ppb is what's needed.

The association said that the 60 ppb is what will meet the Clean Air Act requirements and protect public health.

Environmentalists aren't the only ones who are unhappy with the new regulations, some companies are not happy with it either.

The National Association of Manufacturers told 10News KGTV that the new regulation will affect American companies.

"The new ozone standard will inflict pain on companies that build things in America - and destroy job opportunities for American workers," the manufacturer's association said.

The EPA said in their ozone pollution website that breathing the ozone can cause a variety of health problems.

This is particularly harmful to children, the elderly, and people of all ages who are suffering from asthma and lung problems.