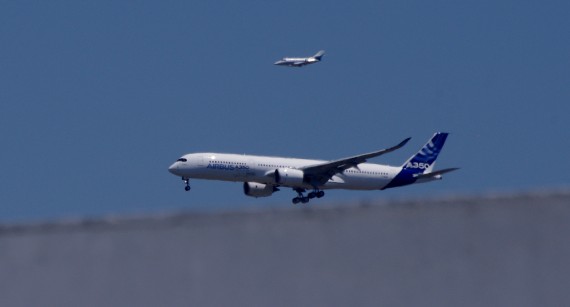 For the first time, Japan Airlines has ordered several Airbus airplanes from European aircraft manufacturer according to The New York Times.

"Certainly this is the big order Airbus was hoping for, the big foot in the door that could lead to new orders," Will Horton, an analyst at the CAPA Center for Aviation in Hong Kong told The Times.

"I have tried to give the best of Airbus to convince JAL that it was a no-brainer to select Airbus," Fabrice Brégier chief executive at Airbus told The Times. "I think in the past Airbus did not work closely enough with potential customers in Japan."

The news is the latest development for Japan Airlines who has always chosen Boeing for its plane needs, but chose a different route because of issues with Boeing's new 787 aircraft.

"I think it played a significant role in this decision," Geoffrey Tudor, an analyst at Japan Aviation Management Research in Tokyo, and a former JAL executive told The Times.

The issues include a delay with the aircraft's first shipment to All Nippon Airways in 2011 and a plane being grounded for months because of battery problems. This caused scheduling and logistical difficulties for Japanese airline carriers, and other 787 customers The Times reported.

The A350-900 can seat up to 314 passengers while the A350-1000 has room for 350 people. To transport its passengers, the A350's structure is built with lightweight composite material. This decreases the aircraft's weight, and fuel costs. According to The Times, Airbus and Boeing anticipate the Asia-Pacific Market will produce 35 to 40 percent of all deliveries of the new planes throughout the next two decades.