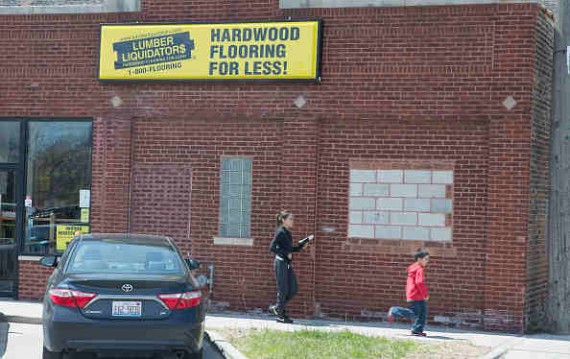 Lumber Liquidators Holdings, Inc. will be paying a combined total of $10 million in fines to the Environment and Natural Resources Division of the U.S. Department of Justice (ENRD), according to a press release issued by Lumber Liquidators.

The payment is part of a settlement that Lumber Liquidators reached with the ENRD in the former's compliance with the Lacey Act, a U.S. conservation law regarding the protection of plants, fish, and wildlife.

Lumber Liquidators will be paying $7.8 million in fines, $880,825 in community service contributions, $969,175 to the Rhinoceros and Tiger Conservation fund, and $350,000 to the National Fish and Wildlife Foundation, according to the press release.

The company has already reserved the amount to be paid in the first quarter of 2015.

As part of the settlement, Lumber Liquidators will also be pleading guilty to violations of Customs Law and the Lacey Act, according to the press release.

The company will also implement an Environment Compliance Plan that will ensure its compliance with the Lacey Act in the future.

John M. Presley, the chairman of the board of directors of Lumber Liquidators, said in the press release that the company is pleased to have resolved this issue.

"We are pleased to reach this agreement and resolve a legacy issue related to the Lacey Act," he said. "We will continue to focus on strengthening Lumber Liquidators across every area of the organization and executing on our value proposition to improve operational efficiencies and deliver value to our stakeholders."

The Washington Post adds that the Justice Department had investigated Lumber Liquidators for its importation of illegally sourced wood products.

The Justice Department said that the company has been getting wood from Russia and Myanmar.

The Washington Post also reported that Lumber Liquidators have tried to hide the fact that their wood came from these two countries.

Illegal logging in East Russia is threatening the habitats of wild Siberian Tigers.