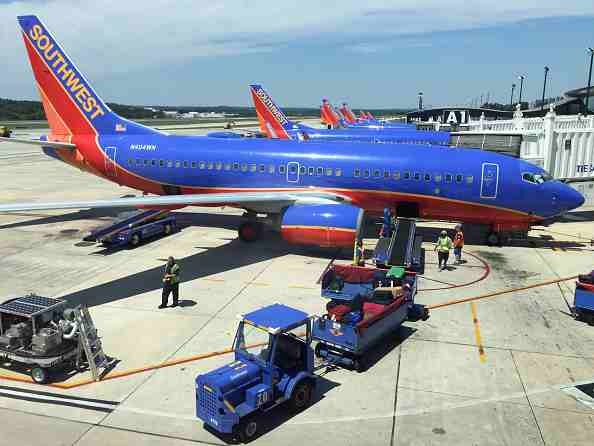 Southwest Airlines is launching its new advertising campaign that will focus on the airlines low fare philosophy and its lack of unexpected bag fees, change fees, or any hidden fees, according to a press release issued by the airline.

The new ad campaign will be called "Transfarency."

Southwest Airlines said in the press release that the Transfarency ad campaign will highlight the company's unique philosophy and show that customers are treated honestly and fairly.

The Transfarency campaign will show that low fares actually stay low and no unexpected fees, like bag fee, change fee or hidden fees will be charged.

Kevin Krone, the vice president and CMO of Southwest Airlines, said in the press release that Transfarency is not new to the company, but just "another tone to the bell" that Southwest Airlines "have been ringing for 44 years."

"Being a low-fare airline is at the heart of our brand, and the foundation of our business model, so we're not going to nickel and dime our customers," he said. "Southwest continues to lead the pack as the only airline that offers low fares and an inclusive approach to travel."

The Wall Street Journal adds that the new campaign comes a week before the airline opens a new international concourse at Houston's William P. Hobby Airport.

The airline is expected to offer a dozen Latin and Caribbean destinations from 12 U.S. cities by the end of the year, according to The Wall Street Journal.

The new $156 million international concourse of Houston City allowed it to be one of those 12 cities.

The new TV ad, which began airing during Texas Rangers game on Oct 8, 2015, will include print and digital components, according to the press release.

The new campaign will also have a microsite, which will focus on the industry's competitive landscape.

The TV ad will again be airing on Oct. 11, 2015, during NFL games in NBC, CBS, and FOX NFL Programming, according to the press release.

The ad will run nationally for 15 weeks.

Southwest Airlines worked with GSD&M, an agency of record based in Austin, Texas.