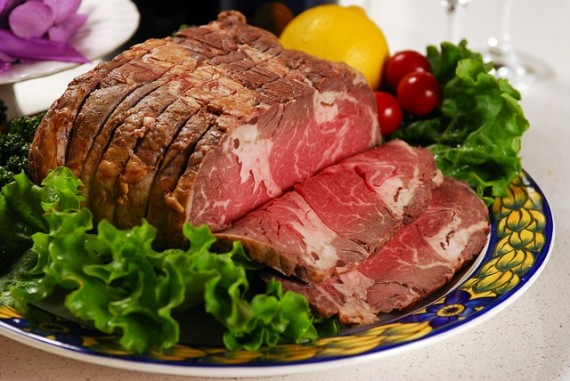 A file photo of beef.(Photo : Pixabay)

South Korea has suspended some U.S. beef imports after detecting the cattle feed additive zilpaterol in meat supplied by a unit of JBS USA Holdings Inc, raising concerns that the controversial animal growth enhancer may still be in the supply chain weeks after Merck & Co halted sales of Zilmax, the top-selling zilpaterol-based drug.

The South Korean claim of zilpaterol-tainted beef is the first to come to light since Merck suspended sales of Zilmax on August 16 amidst concerns about its impact on the health of cattle.

It also comes at a time when U.S. beef prices are rising because of tightening supplies and South Korea is cutting its meat imports amid increased domestic production.

South Korea is among a number of Asian countries, including China, that have not approved zilpaterol for use in meat. Many European countries ban the import of zilpaterol-fed beef due to concerns about the side effects of additives. However, South Korea does accept imports of beef fed with a related variety of beta-agonist drug, ractopamine.

"Any positive test for zilpaterol would subject a shipment to rejection," said Joe Schuele, communications director for the U.S. Meat Export Federation.

Exports of U.S. beef and variety meats, such as livers and kidneys, to South Korea from January to July were down 23 percent from a year earlier at 58,949 tonnes, according to data from the federation. The average cost jumped 16 percent to $5,346.64 per tonne, the data showed.

Zilmax, which contains the active ingredient zilpaterol, became the focus of attention in the U.S. livestock industry after JBS rival Tyson Foods Inc said on August 7 that it would stop buying Zilmax-fed cattle for slaughter in September due to concerns about animal health.

Zilmax is fed to cattle during the last few weeks they are in feed yards and has a three-day withdrawal period before the animal is slaughtered. Unwanted residue of the drug could linger if those guidelines are not properly adhered to, livestock specialists said.

Some veterinarians have said trace amounts of zilpaterol linger longer in organs, such as kidney and lungs, which are not popular in the United States but are widely consumed in Korea and other Asian countries.

Food-processor JBS, in a statement, said it was working with the U.S. and South Korean governments to address the rejection of its beef, which came from one of its U.S. facilities.

The company's ability to obtain definitive information about the rejection has been hampered by the partial shutdown of the U.S. government and a lack of an official rejection notice from South Korea, spokesman Cameron Bruett said.

"Importantly, this is not a food safety issue," he said.

A U.S. Department of Agriculture spokesman could not be reached for comment.

A Merck spokeswoman said it is possible some cattle feeders are still dispensing Zilmax to their animals because it has not recalled supplies of Zilmax that were already on the market at the time the drug maker suspended sales.

"Our decision to temporarily suspend Zilmax in the U.S. and Canada did not require that customers return product to us," Merck spokeswoman Pam Eisele said in an email.

Eisele noted that the U.S. Food and Drug Administration and other worldwide regulatory agencies have reviewed comprehensive data on the use of Zilmax in cattle and concluded that, when used according to label directions, the beef from cattle fed Zilmax is safe to eat and poses no safety risk to humans.

It is rare for importers to accidentally receive meat that is fed with unwanted drugs because meat packers and processors have "hugely controlled programs" to separate different meats destined for customers with different requirements, said Keith Belk, a professor at the Center For Meat Safety and Quality at Colorado State University.

"These are all auditable programs," he said. "It would be pretty rare for them to mislabel a box."

If South Korea received meat from cattle that should not have been fed zilpaterol, "somebody screwed up," Belk said.

Feed additives have been in the spotlight since the animal health auditor for JBS USA presented a video in the United States in August, showing animals struggling to walk and with other signs of distress after taking a growth drug.

JBS never made a formal statement on its plans. The company stopped accepting deliveries of animals fed the additive at at least one location in Nebraska on September 27, said Bart Johnston, a feed lot owner who delivers cattle to the facility.

South Korea's rejection generated little response in the Chicago Mercantile Exchange live cattle market. Traders were focused on the U.S. government shutdown and a resulting void in USDA livestock price information, which is crucial for producers and packers to price hogs and cattle and for investors making trading decisions.

South Korea's food ministry said it had halted imports from a work site at Swift Beef Co, a unit of JBS USA, and asked the United States to investigate the cause of the contamination which was found in 22 tonnes of meat.

The ministry said it had strengthened scrutiny of U.S. beef since Taiwan had also detected zilpaterol in U.S. beef last month.

Taiwan's Food and Drug Administration said it had asked the importer of the contaminated cargo to destroy or send back the meat.

"As of now, we don't clearly know when we will complete examining U.S. beef from Swift Beef Co. We plan to inspect all of the meat from the company," said Ahn Man-ho, vice spokesman for the food ministry in Seoul.

"If we find further zilpaterol in U.S. beef or in any other meat, we will take a similar action."

The rejection is not expected to lead to a major disruption of U.S. meat shipments to South Korea because it involves beef from one site, said Schuele, of the U.S. Meat Export Federation.

"They have a serious glut of domestic protein," Schuele said about South Korea.

South Korea has a long-standing reputation for being particular about its food supply, particularly with regard to feed additives and vaccines, said Sterling Smith, a Citigroup futures specialist in Chicago.

Because this was specific to one particular company and a specific unit of the company, it is possible that South Korea would replenish that product from another JBS plant or buy it from one of their competitors, he said.