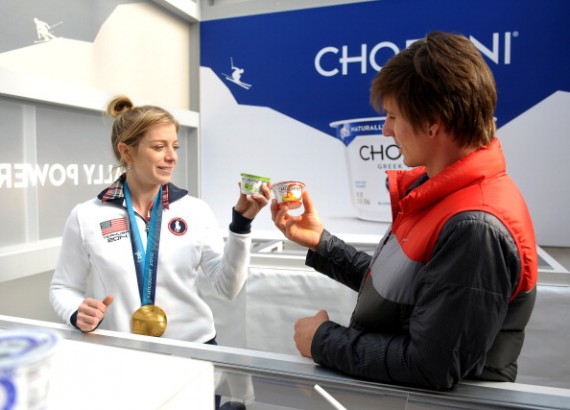 People familiar with the matter told Reuters that PepsiCo Inc. and the Coca-Cola Company are both in talks with Chobani LLC for a possible investment deal that will provide the Greek yogurt maker as much as $3 billion, including debt.

The negotiations of both Pepsi and Coca-Cola show that beverage companies are trying to diversify beyond the carbonated beverage sector.

People, who asked not to be identified because negotiations are confidential, told Reuters that Chobani is exploring a sale of a minority stake in the company as it is looking for a strategic investor to help it expand its supply chain, distribution, and manufacturing base.

The yogurt maker is also looking to expand the geographic footprint of its popular yogurts like Flip.

The people also told Reuters that the deal could still change while under negotiations and there's no guarantee that either Pepsi or Coca-Cola will reach an agreement with Chobani.

The people add that there are other companies who are in talks with Chobani about a possible investment.

The Business Pundit adds that beverage makers like Pepsi and Coca-Cola have been working hard to diversify their portfolio of carbonated drinks.

Carbonated beverage makers have been losing market share as consumers are looking for healthier alternatives.

The Business Pundits also adds that Pepsi is not new to the yogurt business as it already started selling the product in 2012.

Pepsi was selling yogurt through a joint venture with Theo Müller, a German dairy company.

Coca-Cola is also not new in the dairy product as it will also start distributing this year a milk product called FairLife, according to the Business Pundit.

FairLife is a product that also exists in the dairy space.

Chobani was founded in 2005 by a Turkish immigrant named Hamdi Ulukaya, the company's current majority owner CEO, according to Reuters.

The minority stake that Chobani plans to sell includes the warrants owned by  the private equity firm TPG Capital LP.

Sources say that TPG Capital's stake accounts for between 10 percent and 20 percent of the yogurt maker's equity, which depends on the financial performance of the company.