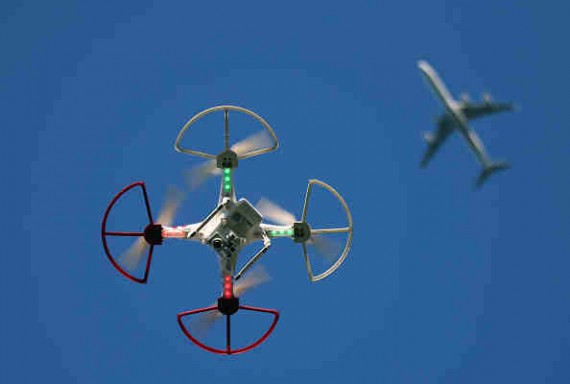 The U.S. government is planning to announce a new initiative that would require people who plan to buy a drone to register the device with the U.S Department of Transportation, according to a report from NBC News.

The new initiative is the government's response to the increased reports of unauthorized sightings of unmanned drones near airports and crowded public venues.

Reuters adds that the Federal Aviation Administration (FAA) has reported more than 650 unauthorized drone sightings so far this year, as of August 9.

If the rate continues, the number of unauthorized sightings would reach 1,100 by years end.

Reuters adds that the increased unauthorized sightings also raised concerns about drones colliding with commercial aircraft during take-off or landing.

The increased also raised concerns of using drones as a deliberate way to attack.

The encounter happened when the plane was setting up to land at New York's John F. Kennedy International Airport.

NBC News adds that unmanned drones were also blamed for obstructing firefighters' aerial efforts in a blaze in California in July.

The firefighting aircraft was forced to leave the area for 20 minutes due to safety concerns while it was fighting fire in the Cajon Pass.

Under the plan, the government would work with the drone industry to set up a structure to register the drones, according to NBC News.

The regulations for registering could be in place by Christmas.

Republicans and industry officials have blamed the FAA for the surge in flights of rogue drones, according to Reuters.

The FAA has failed to produce final regulations that would regulate commercial drone flights in time for the congressional deadline, which was on Sept. 30, 2015.

Reuters adds that final drone regulations are expected in early 2016.

NBC News adds that the government's plan is expected to be announced on Monday, Oct. 19, 2015.