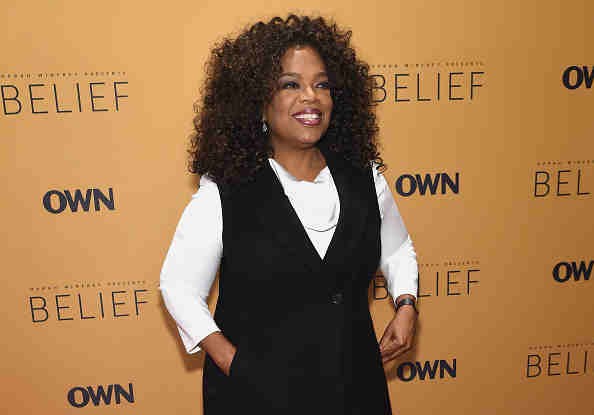 The acquisition is part of a groundbreaking partnership between Winfrey and Weight Watchers to inspire people around the world to lead a healthier and more fulfilling life.

Winfrey said in the press release that she believes in the program that Weight Watchers offers.

"Weight Watchers has given me the tools to begin to make the lasting shift that I and so many of us who are struggling with weight have longed for," she said. "I believe in the program so much I decided to invest in the company and partner in its evolution."

Jim Chambers, the president and CEO of Weight Watchers, adds in the press release that there is "alignment" in the company's mission and Winfrey's intention.

"We are expanding our purpose from focusing on weight loss alone to more broadly helping people lead a healthier, happier life," he said. "We believe that her remarkable ability to connect and inspire people to realize their full potential is uniquely complementary to our powerful community, extraordinary coaches and proven approach."

The Wall Street Journal adds that Weight Watchers has been working on trying to regain back its customers and expand its reach to the millennial generation.

The millennial generation has shifted to healthy eating and regular exercise instead of weight-loss programs.

The Wall Street Journal adds that dieters have also turned to apps like MyFitnessPal Inc. of Under Armour Inc.

Weight Watchers' shares have fallen 73 percent this year as it struggles with declining membership.

Under the terms of the partnership, Winfrey has joined the program and will candidly share her experience and perspectives, according to the press release.

Winfrey will also be a member and an adviser of the Weight Watchers' board of directors.

Weight Watchers said in the press release that Winfrey will be bringing insight and strategy to program development and execution.

Her insights will reflect her own experience as a member of the program and her unique ability to connect and inspire people to live their best lives.