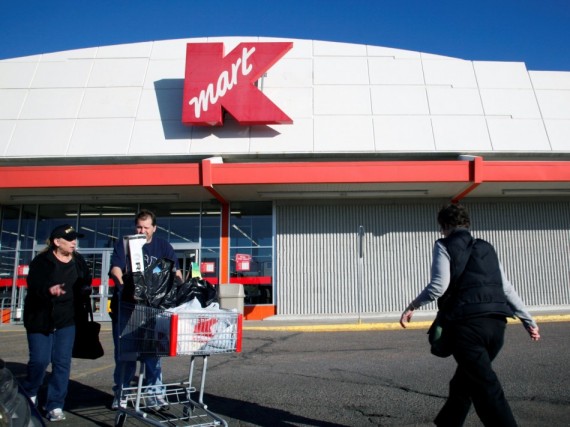 Kmart will be open for 41 hours from Thanksgiving Day to Black Friday.(Photo : REUTERS)

"This gives associates the opportunity to make some additional money this holiday season," the retailer said in a statement CNN Money reported.

The company changed the company's hours for the holiday shopping season because of input from customers who requested stores create convenient hours for in-store shopping.

Kmart stores have unlocked their doors at 6 a.m. in previous years, but have always taken a four hour break from 4 p.m. to 8 p.m. so employees and shoppers could enjoy Thanksgiving dinner. Stores then resumed business especially for people looking for deals.

This year has a taken a new turn as customers have taken to Facebook to express their opinion about the situation.

"Shame on you, Kmart. I will never set foot in any of your stores again," Tracy Lane said in a comment on Kmart's Facebook page. "I have family members that work in retail and because of greedy retailers like you, will not be able to spend the day with us."

"Maybe Kmart should have shown they are thankful for their loyal employees and let them be with their families on Thanksgiving," another commenter, Jenn Tayrien said on the company's Facebook page. "I realize you are a corporation and your goal is to make money...but sometimes you need to show and prove that people are important, too."

According to CNN Money, other stores such as Toys R Us plan to open Thanksgiving Day, but are holding off on making deals available until later in the day.