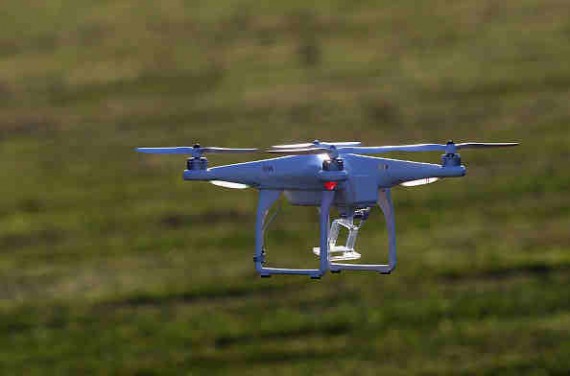 Wal-Mart Stores, Inc. has applied to the Federal Aviation Administration (FAA) for permission to test drones for home delivery, curbside pickup and checking warehouse inventories, according to a report from Reuters.

The giant retailer's application signals that it is looking to compete against Amazon in using drones for home delivery and fulfill online orders.

Reuters adds that a copy of the application also shows that Wal-Mart is asking the FAA permission to research the use of drones.

The company wants to research "deliveries to customers at Walmart facilities, as well as to consumer homes."

Wal-Mart has already been testing the use of unmanned aircraft indoors for several months, according to Reuters.

The company plans to use drones that are manufactured by China's SZ DJI Technology Co Ltd.

Reuters adds that Wal-Mart's move comes companies like Amazon.com and Google Inc. test drones in the expectation that the FAA will soon establish rules for the widespread use of drones for commercial purposes.

Michael Whitaker, the deputy administrator of the FAA, said in June that they plan to finalize regulations within the next 12 months.

Bloomberg adds that the FAA had already given more than 2,000 waivers for the use of drones for photography, aerial surveillance, inspections and other purposes to businesses.

The approvals, though, have only been for low-altitude flights within sights of the operators and away from bystanders.

Bloomberg adds that Wal-Mart has been trying to catch up to Amazon.com in the delivery space.

The company has recently opened a new network of online fulfillment centers, which allows it to speed delivery time.

Wal-Mart is also testing its own subscription service, similar to that of Amazon Prime, and has been pushing for in-store pickup, according to Bloomberg.

The in-store pick up allows customers to order an item online and have it ready for pick up in any of their local Wal-Mart stores.

Dan Toporek, a spokesman for Wal-Mart, told Reuters that the company is moving quickly to deploy the drones, depending on the tests and regulation.

"Drones have a lot of potentials to further connect our vast network of stores, distribution centers, fulfillment centers and transportation fleet," he said. "There is a Walmart within five miles of 70 percent of the U.S. population, which creates some unique and interesting possibilities for serving customers with drones."

Wal-Mart filed its application for permission on Monday, October 26, 2015.