REI to Close on Black Friday, Urges Shoppers to Go Outside Instead 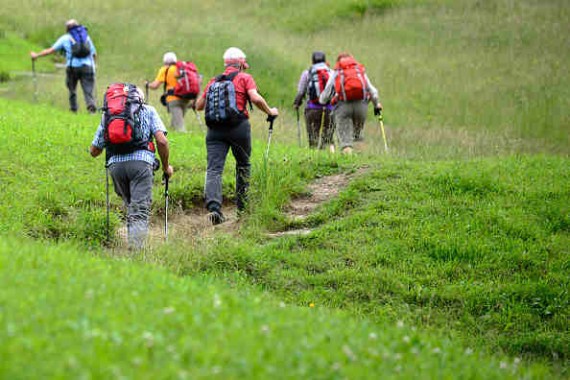 Recreational Equipment, Inc. (REI) said in a website called "optoutside" that it will be closing its doors on Black Friday.

The company will be paying its employees to go outside during Black Friday and urges customers to join them.

Jerry Stritzke, the president and CEO of REI, said in the website that the reason they are closing on Black Friday is that this is the "perfect time" to remind people that being outside "makes our lives better."

"For 76 years, our co-op has been dedicated to one thing and one thing only: a life outdoors," he said. "We believe that being outside makes our lives better."

He adds in the website that they are a different kind of company in that they won't partake with the rest of the world "fighting out in aisles."

"We're choosing to opt outside, and want you to come with us," he said.

CNN Money adds that REI goes against what most companies are doing during Black Friday as most U.S. retailers have been pushing the opening of their stores earlier and earlier.

Employees of these retailers are being dragged to open the stores on Thanksgiving afternoon.

Stritzke acknowledged to CNN Money that keeping the company's 143 stores closed on Black Friday will put a dent on their revenue.

He said that Black Friday has been one of the top 10 sales days the company had in the past years.

CNN Money adds that REI doesn't plan to lure consumers to shop online either, which consists of 20 percent of the company's sales.

The company's "optoutside" webpage has a cover screen on REI's homepage to encourage consumers to explore outdoors instead.

Stritzke told CNN Money that they want to focus more on what their members care about.

"This business centers [on] the outdoors," he said. "Thus, we can do something like close our doors on Black Friday, and we'll have the membership that'll think that's cool."

He also told CNN Money that it's more important for the company to attract new and passionate members than to compete for holiday bargains.

REI is a consumer co-op, which means it has member customers who pay a one-time fee and receive an annual dividend. Its members account for about 90 percent of the company's sales.