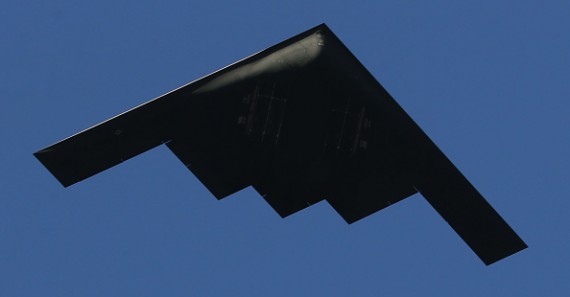 The U.S. Air Force (USAF) has given Northrop Grumman Corporation the contract to deliver the nation's new Long-Range Strike Bomber, according to a press release issued by Northrop Grumman.

The company has beaten out a team of Lockheed Martin and Boeing for the $80 billion contract.

Wes Bush, the chairman, CEO and president of Northrop Grumman, said in the press release that the USAF has made the "right decision" for the country's security.

"As the company that developed and delivered the B-2 Spirit stealth bomber, we look forward to providing the Air Force with a highly capable and affordable next generation Long-Range Strike Bomber," he said.

He adds in the press release that Northrop Grumman has the capacity and resources to deliver the bomber to the USAF.

"Our team has the resources in place to execute this important program, and we're ready to get to work," he said.

Bloomberg adds that Northrop Grumman, the smallest company among the three suitors, have beaten out the combination of Boeing and Lockheed.

The two companies have set aside their rivalry and worked together in bidding for the delivery of the bomber.

Air Force Secretary Deborah Lee James, though, said at a news conference at the Pentagon that Northrop Grumman's proposal is "the best value for our nation."

The USAF wants a durable, stealthy aircraft that is able to fly deep into enemy territory and attack hidden or mobile targets, according to Bloomberg.

The new plane will join the B-2 and is due to enter into service in the mid-2020s.

Bloomberg adds that the project calls for spending $23.5 billion in development and $56 billion on procurement.

The total cost will go up to about $80 billion if all 100 bombers that the Pentagon plans to order are built.