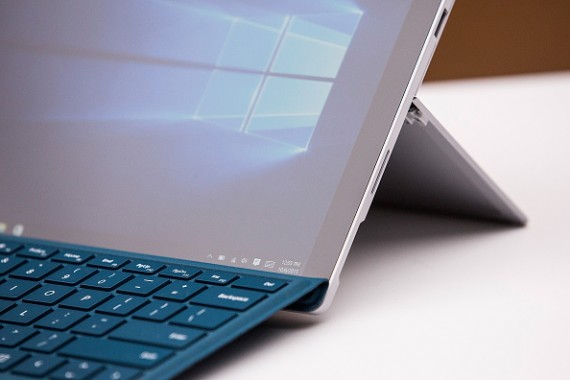 How does the yet-to-be-released iPad Air 3 from Apple stack up against the Surface Pro 4, the "laptop killer" hybrid tablet from Microsoft?

Apple introduced the iPad mini 4 and iPad Pro to its tablet range last month but conspicuously missing is the iPad Air 3 - the expected update to its flagship 9.7-inch tablet. Rumors suggested it's been dropped to give way to the Pro but some say it's still due for its own release date.

It should be noted though that Apple hasn't dropped a hint on if or when the iPad Air 3 is coming. What's real and you can actually buy now is the Microsoft Surface Pro 4.

Microsoft is marketing its hybrid tablet as a "laptop killer," particularly for people who work on the go. But according to Gizmodo, its main rival is the Macbook Air. The website thinks that the higher-spec models would fare better as a mobile workstation.

"The Surface may go toe-to-toe with a Macbook Air but its real strength is in out iPad-ing the iPad."

In its Surface Pro 4 review, Engadget said "it's as light as a tablet, but as productive as any laptop" with its "so-so battery life" being a concern.

Stay tuned for a proper iPad Air 3 vs Surface Pro 4 comparison if or when Apple confirms the former.