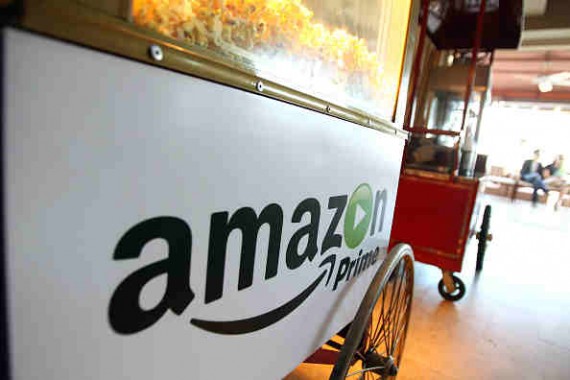 Amazon.com. Inc. is facing a class-action lawsuit against the ex-delivery drivers of its Amazon Prime Now service, according to a press release issued by Leonard Carder LLP and published in PR Newswire.

The lawsuit alleges that Amazon.com has wrongfully paid its delivery drivers as independent contractors even though they are treated as employees.

Leonard Carder said in the press release that the contracts of the drivers, who were hired by Scoobeez, fit many of the hallmarks that would classify them as employees, even if they were supposedly hired as individual contractors.

Amazon.com contracts the delivery drivers of its Prime Now service in California through courier company Scoobeez.

The drivers of Amazon Prime Now are paid $11 per hour, with no opportunity to negotiate for higher wages, according to the press release.

They make their deliveries using their own vehicles, and pay for their own gas, insurance and maintenance.

"Amazon's mission to deliver 'Now' at no additional cost to its customers is being funded by the delivery drivers," Beth A. Ross of Leonard Carder, who will represent the plaintiffs in the case, said in the press release.

She adds that the "drivers are human beings with rent to pay and families to feed," and not like the drones that the company plans to replace them with.

Leonard Carder said in the press release that the minimum wage in California is $9 per hour, but Prime Now drivers earn barely the minimum, once you take out all of the cost needed for their work.

Some even earn less than that.

The Wall Street Journal adds that the lawsuit has potentially put Amazon.com in the center of an ongoing debate in Silicon Valley.

The debate is whether on-demand workers are treated as regular employees or individual contractors.

The Wall Street Journal adds that similar suits have already been filed against companies such as Uber Technology Inc. and Postmates Inc.

These companies consider their workers as contractors, allowing them to avoid some expenses.

The companies, though, say that majority of their workers prefer to be contractors than regular employees, according to The Wall Street Journal.

This allows them more flexibility in their schedule than what they could get if they are regular employees.

Ross is the attorney who successfully sued FedEx Ground over similar violations and secured a $227 million settlement, according to the press release.

The defendants in the case are Amazon.com, Scoobeez, Inc., and ABT Holdings, Inc., who is the majority shareholder of Scoobeez and manages the day-to-day operations.