U.S. Bans Putting E-Cigarettes in Checked-in Luggage, Use and Charging of it on Planes, Avoid Safety Risks 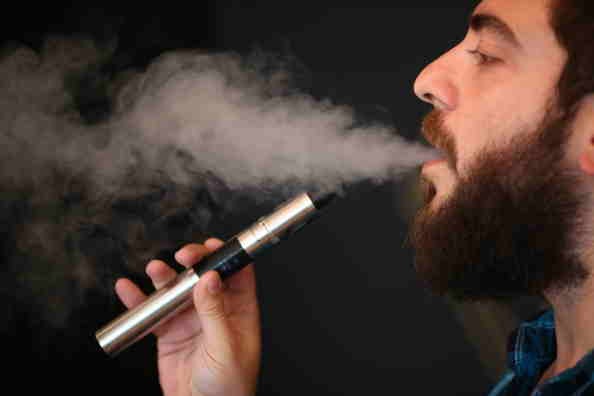 The U.S. Department of Transportation Pipeline and Hazardous Materials Safety Administration (PHMSA) has issued an interim final rule that prohibits passengers and crewmembers from putting battery-powered portable electronic smoking devices in their checked-in luggage, according to a Transportation Department press release.

The PHMSA has also prohibited the use and charging of the e-cigarette while on board the plane, to avoid safety risks.

Transportation Secretary Anthony Foxx said in the press release that the banning of e-cigarettes in checked bags is "a prudent safety measure."

"We know from recent incidents that e-cigarettes in checked bags can catch fire during transport," he said. "Fire hazards in flight are particularly dangerous."

Marie Therese Dominguez, an administrator of PHMSA, adds in the press release that the issuance of the interim final rule is for the importance of the flying public's safety.

"E-cigarettes in checked bags present a safety risk because they are capable of generating extreme heat, which could lead to a fire on board the aircraft," she said.

The Winston-Salem Journal adds that the Transportation Department said that, since 2009, there have already been 26 cases in which e-cigarettes have caused explosions of fires.

Several of the reported cases said that the e-cigarette device was packaged in luggage.

The Winston-Salem Journal adds that the typical cause for the accidents was that the devices were either left on accidentally or the battery short-circuited.

The Federal Aviation Administration issued a Safety Alert for Operators on January 22, 2015, that recommended air carriers to require their passengers to carry their e-cigarettes and related devices exclusively in the cabin of the aircraft, according to the press release.

Similarly the International Civil Aviation Organization published an addendum on June 9, 2015, that prohibited the carrying of e-cigarettes in checked-in baggage and the charging of these devices while on board the aircraft.

The Transportation Department adds in the press release that passengers can still bring their e-cigarettes on board the plane in carry-on bags.

They are just not allowed to use them while in flight.

This is because the Transportation Department's current regulatory ban on the use of tobacco products on passenger flights includes e-cigarettes, according to the press release.

To avoid confusion though among passengers and crew members, the Transportation Department is proposing to amend its existing airline smoking rule to explicitly ban the use of e-cigarettes while on board the aircraft.