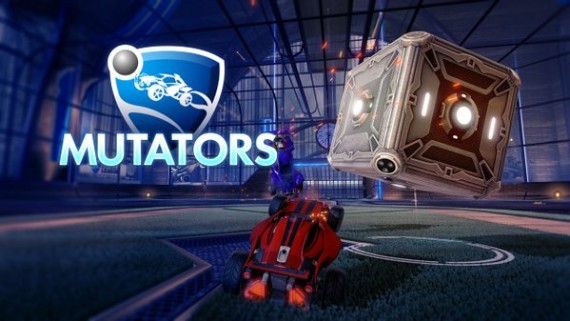 Change is coming to "Rocket League" and it'll be a big one. That's because Psyonix is launching a free update that will bring "Mutators" to the soccer-meets-cars video game.

"The free Mutator update will arrive in November and will give layers the ability to personalize games with a host of custom settings," Tech Times reported.

Psyonix explained that the free update is rolling out to celebrate "Rocket League's" "Unreal Tournament" heritage.

Check out what's in store next month in the teaser below:

When Mutators come out, "Rocket League" players will be able to create new Custom Matches where the rules and settings are adjusted to their liking. Can't decide how to play or want to mix it up a little more? A new "Mutator Mashup" playlist will reportedly bring pre-determined presets.

As seen in the teaser above, new ball types are also headed to "Rocket League." Beyond that, players will be able to customize it even further by adjusting bounciness, weight and speed.

Psyonix hasn't revealed an exact release date for the free update. However, it did say it's coming "in just a few short weeks" putting the roll out sometime in Nov. for the PS4 and PC version of the game.

Also coming in Dec. is the "highly requested" Mutator mode which essentially brings ice hockey to "Rocket League," according to CNET.

Those who want to more about the free Mutator update can tune in to "Rocket League's" official Twitch channel Oct. 29, at 5 p.m. Eastern/ 2 p.m. Pacific. A Reddit AMA will also be available Nov. 3 at 4 p.m. ET.