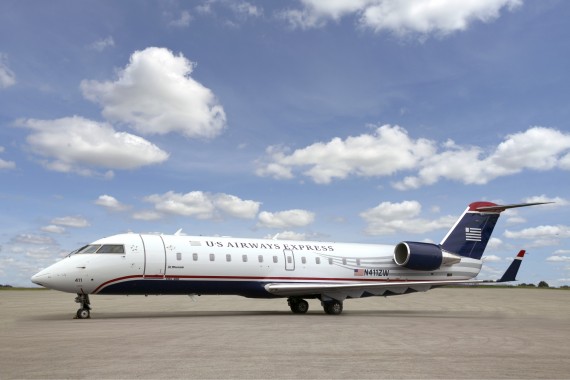 US Airways removed a blind man and his dog from a flight headed to Islip, N.Y., from Philadelphia after the hound left his seat area. (Not Pictured)(Photo : Creative Commons )

Flight staff told Albert Rizzi his dog needed to be beneath the seat facing him while the flight was in session. However, after the plane did not ascend for over an hour Rizzi's doggy started to get uneasy, and went under his owner's legs.

The flight attendant then reportedly notified Rizzi that the dog needed to be beneath a seat or the aircraft would have to go back to the gate.

Rizzi then appeared to speak out of turn according to US Airways ABC Action News Six reported. Passengers also reportedly became disputatious creating a potential dangerous situation according to the airline's security procedures for its aircrafts.

"When we, the passengers, realized what was going on, we were, like, 'Why is this happening? He's not a problem. What is going on?" passenger Frank Ohlhorst told television station ABC 6 in Philadelphia. "And we all kind of raised our voices and said, 'This is a real problem.' The captain came out of the cockpit and he basically asked us all to leave the aircraft."

US Airways subsequently aborted the flight, and proposed bussing passengers from Philadelphia to Islip, N.Y. Rizzi, and several passengers consequently took the airline up on the invitation.

"These people, all of them, got on a bus and drove three and a half hours from Philadelphia," he said. "They could have stayed on the plane, but they chose not to. I'm so humbled."

"US Airways transports more than 80 million customers each year and ensures that all customers, including those with disabilities, are treated with dignity and respect. We're particularly sensitive to those customers who travel with service animals since we partner with Assistance Dogs International (ADI), an organization that trains and places assistance dogs around the world," the airline said in a statement. "US Airways employees volunteer to travel with and work with assistance dogs in training to help them prepare for travel with disabled partners. Over the past 10 years, US Airways employees have participated in transports everywhere from California to Croatia. In this instance, Mr. Rizzi became disruptive and refused to comply with crew member instructions when the flight attendant asked him to secure his service dog at his feet. As a result of his disruptive behavior, the crew returned to the gate and removed Mr. Rizzi and his service dog from the flight. The flight eventually cancelled and we transported Mr. Rizzi, his service dog, and the rest of our passengers on the flight to ISP by bus. We apologize to the customers of the flight for the inconvenience. We are continuing to investigate the incident."