EPA May Ban the Use of Common Pesticides on Fruits and Vegetables, Public Comments on the Proposal are Welcome with the Final Rule to Come Out on December 2016 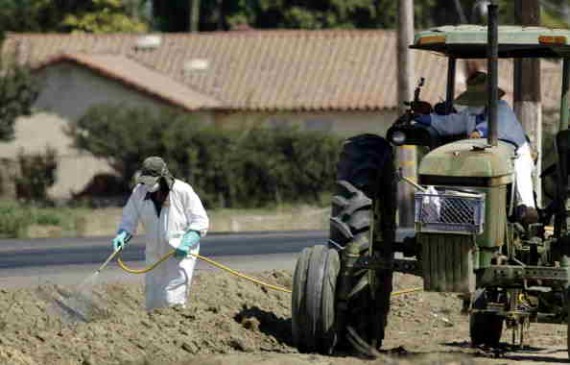 The Environmental Protection Agency (EPA) may ban the use of a common pesticide on citrus fruits, almonds and other crops, according to a report from WIVB News.

The agency is welcoming public comments on the proposal for at least two months before it comes out with a final rule on December 2016.

WIVB News adds that the proposal would prohibit the use of chlorpyrifos, a pesticide that has been widely used since 1965 on a variety of crops.

The pesticide is sprayed on a variety of crops that includes oranges, apples, cherries, grapes, broccoli and asparagus.

Traces of chlorpyrifos have been found in waterways and are threatening fish, according to the WIVB News.

Regulators are also saying that overuse of the pesticide could make targeted insects immune to it.

WIVB News adds that the pesticide has already caused sickness in dozens of farmworkers in recent years.

U.S. farms use more than 6 million pounds of the chemical each year.

WIVB News adds that the EPA said in a written statement that its current analysis shows that exposure of food to chlorpyrifos doesn't pose any risks.

However, the "EPA cannot conclude that the risk from aggregate exposure meets the Federal Food, Drug and Cosmetic Act safety standard," if the exposure is combined with estimated exposure from drinking water in certain watersheds.

The Consumerist adds that the EPA is only doing this because the Ninth Circuit Court of Appeals has ordered it to.

Last summer the Natural Resources Defense Council (NRDC) has threatened the EPA with a lawsuit to do something about chlorpyrifos following its non-response to a petition in 2007 to consider a larger ban on all uses of the chemical.

The Consumerist adds that the EPA told the court that it would get around to proposing a rule by the spring of 2016.

The court, though, wasn't impressed with EPA's statement, saying that the agency has deliberately dealt with the issue slowly.

The court has given the EPA until October 31, 2015, to fully respond to the 2007 petition, according to the Consumerist.

In response to the order, the EPA released the passive-aggressive announcement that it is now considering the ban of chlorpyrifos.

The Consumerist adds that the NRDC is not okay with the EPA's announcement.

"If this dangerous, World War II-era chemical does make its final exit from our fields, farm workers would be safer on the job and children would have the chance to grow up healthier, free from its toxic effects," Veema Singla, the staff scientist at NRDC, told the Consumerist.

Singla adds that they are looking forward to working with the EPA "to swiftly implement the ban."