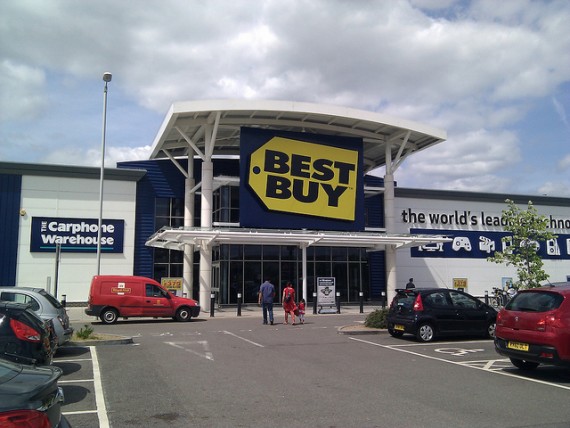 "(Best Buy is) highly aware of the public statements that are being made by our competitors as it relates to their promotional plans for Black Friday and the fourth quarter," Sharon McCollam, chief financial officer at Best Buy told Forbes. "(Best Buy is committed to being competitive on price, but) if our competition is in fact more promotional in the fourth quarter, we will be too and that will have a negative impact on our gross margin."

Best Buy raked in $54 million for gains of 16 percent a share. This is up from a $10 million loss at three cents a share at the same time in 2012, and exceeded analyst's 11 percent prediction Forbes reported.

"Our third quarter top-line results make it clear that our focus on delivering our unique customer promises is starting to pay off. It is also clear that our efforts to control costs and to bring greater efficiency to our operations are improving our profitability," Hubert Joly, Best Buy president and chief executive officer said in a statement Forbes reported.

The company also saw $499 million in income from local online sales, which saw an increase of 15.1 percent because more people visited the site. Consumers also bought items at higher prices, placed more orders from retailers, and had more items in stock.

Best Buy's stock fell over six percent prior to trading, opening the day at $40.81. This is a fall of 6.3 percent after markets ended the day Monday.

The stock has been on the upswing overall however at 268.8 percent. Wal-Mart's numbers did not move. Target's numbers were up at 0.14 percent.