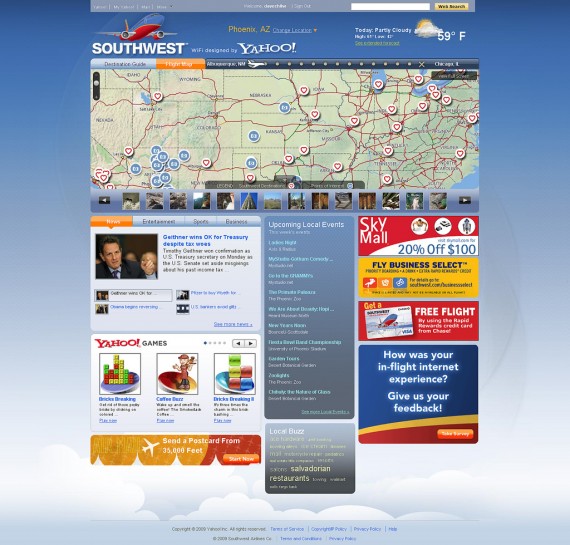 Southwest Airlines passengers can use Wi-Fi on their portable electronic devices.(Photo : Flickr.com)

Southwest Airlines customers can now use portable electronic devices from their departure gate to their arrival the airline reported in a press release Wednesday.

"We know this is something Customers have wanted for some time now, and we're excited to give them the freedom to use personal devices while in the air and on the ground," Kevin Krone, Southwest Airlines chief marketing officer said in a statement. "With free live TV compliments of DISH and the ability to stay connected for the entire flight, Customers can count on Southwest for the best Customer Experience in the business."

The decision is the latest development since the Federal Aviation Administration announced passengers could operate the PED's when airplane mode is selected. The option shuts off a device's cellular network, and allows crew members to switch over to the airline's W-Fi The Denver Post reported.

Flyers can use the service for $8 a device throughout any stops or connecting flights their trip takes them on.

Passengers do however need to put over-sized laptops, and devices bigger than tablet computers  away while the plane ascends into the air, flies back down, and travels to and from the gate on the runway.

Southwest Airlines joins JetBlue in the category of airlines who allow the use of portable electronic devices.

JetBlue customers can operate their smart phones, tablets, games and other smaller electronic devices at all times while the plane is moving a press release reported. The only exception would be if a flight attendant or pilot gives them different instructions.