Southwest Pilots Reject Tentative Agreement with Southwest Airlines, Pilots' Association to Return to the Negotiating Table with the Airline 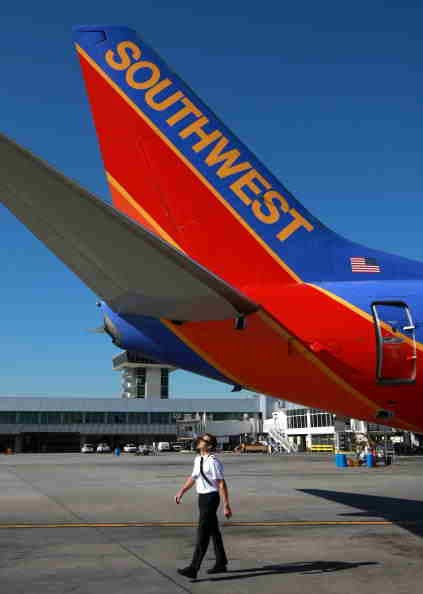 The pilots' association will return to the negotiating table with the airline to come up with a new labor contract.

The pilots' association said in the press release that its members voted 61.64 percent against and 38.36 percent voted in favor of ratification of the agreement.

The voting and education period of the tentative agreement lasted for 45 days.

The pilots' association adds in the press release that the voting period for the tentative labor agreement had a strong turnout.

Over 95.1 percent of the association's members voted on the referendum.

Capt. Paul Jackson, the president of the pilots' association, said in the press release that the results show what their members are saying and they will return to the negotiating table.

"Despite increased compensation and some work rule improvements, there were new company allowances in this agreement that our pilots did not find palatable when compared to the potential gains," he said.

He adds in the press release that they will need to know the exact issue that its members have with the labor contract.

"While feedback was received during the voting process, we will need to pinpoint which exact issues our membership need addressed with the Company," he said.

The Wall Street Journal adds that results of the voting mirror an even wider rejection of a new contract that Southwest's flights attendants made in July.

Craig Drew, the vice president of flight operations of Southwest Airlines, told The Wall Street Journal that the airline will continue working until a contract is agreed upon that meets the needs of the pilots and the company.

The airline expects the discussions to resume next spring under the guidance of the National Mediation Board.

The pilots' association's board of directors will meet next week in Dallas to collectively decide the next steps as it returns to negotiations, according to the press release.