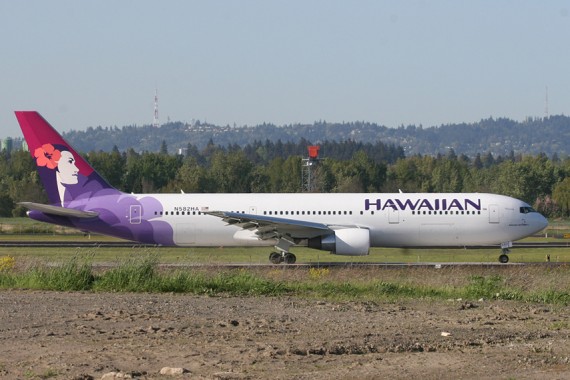 Hawaii Airlines has joined the list of commercial aviation companies where passengers can use portable electronic devices during all facets of the flight Hawaii News Now reported Thursday.

"We applaud the FAA's new policy and are excited to allow our customers to use their devices throughout their flight when they travel with us," Mark Dunkerley, Hawaiian Airlines president and chief executive officer told Hawaii News Now. "We're committed to improving the travel experience for our customers."

Passengers will be able to use their devices when the airplane mode option on their phones is selected. The new guidelines affect all of the airline's plane's including its double-passage Airbus 330-200, and Boeing 767-300ER, which travels domestically.

The news is the latest development since the Federal Aviation Administration compelled passengers to put away their devices until aircrafts reached 10,000 feet.

The only exception is if a flight attendant or pilot gives them different instructions.

People must however keep laptop computers under the seat in front of them, or in an overhead bin above them until flight staff tell them they can take them out and use them.

Southwest then announced Wi-Fi service was available on its flights; a process the airline began in 2009 and recently completed on the majority of its planes including the 737-700, and 737-800 aircrafts.

The option shuts off a device's cellular network, and allows crew members to switch over to the airline's W-Fi via airplane mode The Denver Post reported.

Flyers can use the service for $8 on any mobile device throughout any stops or connecting flights they take.