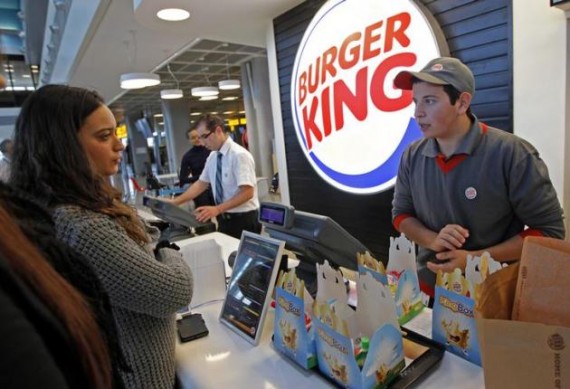 Burger King is set to increase its locations in France Bloomberg reported Tuesday.

"The Burger King brand and the Whopper brand are iconic," Jose Cil, president of Burger King's Europe, Middle East and Africa region told Bloomberg. "The French quick-service restaurant market is quite lucrative" (and the chain is planning to go after about 20 percent of all fast-food sales there)."

The location will be managed by Burger King, Bertrand Holding Co., and Naxicap Partner's when it unlocks its doors for business in 2014. This comes after french restaurant company Bertrand, and Naxicap inked a document for the expansion, and separate franchises.  The move is expected to create over 1,200 jobs.

Tuesday's news is the latest development since Burger King established a combined agreement with the Everstone Group to bring the franchise restaurant chain to India.

"We don't plan to open with macaroons in the restaurants, but you never know," Cil told Bloomberg. Burger King plans to put its infamous Whopper, and a variety of its other hot burger sandwiches on the menu.

The effort is also part of Burger King's efforts to increase its locations in other countries like India, South Africa, and China. This is due to a decrease in assurance from United States customers in a competitive region..

Burger King will be up against restaurant competitor Quick, and 1,250 McDonald's franchise locations, all of whom have french food on the menu.

Tuesday's stock market numbers saw an increase of no more than one percent to $20.99. Burger King's figures have increased 28 percent in 2013. Its Standard and Poors  500 Restaurants Index has gone up 25 percent.

Fast food  is expected to increase four percent to $12.8 billion or 9.43 billion euros in 2013 following a decrease last year Euromonitor International reported according to Bloomberg.