Several Retailers Will Still Open at 6 P.M. on Thanksgiving Day, Betting that Millions Still Want to Shop on that Day 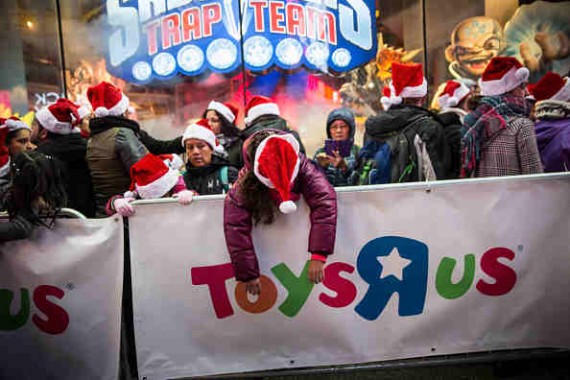 Several of the biggest retailers in the U.S. will still be sticking to what's become a Black Friday shopping tradition and open their stores at 6 p.m. on Thanksgiving Day, according to a report from USA Today.

These retailers are betting that millions of people would still want to shop on Thanksgiving.

Target, Macy's and Spears will all be opening their stores at 6 p.m. on Thanksgiving Day, according to USA Today.

Toys R Us is trying to best other retailers by opening 1 hour earlier, at 5 p.m. on Thanksgiving.

AJC adds that a spokeswoman for Walmart said that the giant retailer also plans to open on Thanksgiving Day.

She said that a formal announcement will be coming later this week.

Industry experts and the National Retail Federation told AJC that sales for on are expected to rise 3.5 percent this year on the holiday, reaching about $630 billion.

That's why it's not much of a surprise that some retailers are still opening on Thanksgiving Day despite other retailers deciding to close their stores on that day.

AJC adds, though, that the expected increase is smaller than the 4.1 percent gain last year.

The Black Friday traditional holiday kickoff of retailers is being cannibalized by holiday sales that start earlier in the month or those that last far beyond the traditional "doorbuster" of the past.

USA Today adds that the emergence of online and mobile shopping has pushed retailers to offer great deals all season to give consumers reasons to shop anytime.

USA Today adds that half Deloitte's holiday survey of more than 4,000 people say they rely less on Black Friday than they used to.

Retailers are even pushing the same deals they usually offer on Black Friday online, making the trip to the store unnecessary.

All of Macy's Black Friday deals will also be available online on Thanksgiving.