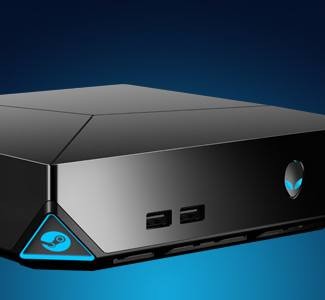 Steam Machines are almost here and no less than Valve boss Gabe Newell is confident they'll outperform today's consoles. But will gamers buy into the upcoming gaming platform?

Speaking to Develop, Newell highlighted the strengths of Steam Machines and suggested they will give consoles a run for their money.

"At console price points, we're going to have machines like Alienware's, which are faster than today's consoles," he said.

"So the same price point as today, except you get better performance and you're connected to everything you like about the PC and the internet."

As GameSpot pointed out, there are currently 13 different hardware listed in Valve's Steam Machine store page, with the Alienware Alpha carrying a $450 price tag - $100 more than the PS4 and Xbox One.

Each Steam Machine can be configured according to the buyer's wishes although prices can soar up to $5,000 as in the case of Falcon Nortwest's Tiki.

Last month, Franchise Herald reported that Valve struck a deal with GameStop to become its retail partner. The console-focused chain in turn will sell Steam Machines via dedicated spaces within its stores.

But will gamers buy into Valve's gaming platform when it launches?

As Develop pointed out, Steam Machines were first conceptualized back when it looked like Microsoft looked like it was closing down Windows.

"But that hasn't happened, and now Microsoft is pushing Windows 10 as a gaming platform," MaximumPC said. "DirectX 12 is even a Windows 10 exclusive."

"We can knock down the barriers that keep PC gaming out of the living room, and then customers can decide what they want," Newell said.

Those who already have a gaming PC can purchase the Steam Link to stream their games to their living room though.

Newell also recalled how they developed Steam Big Picture and the Steam Controller to solve the user interface problem and make an input device to integrate with it.