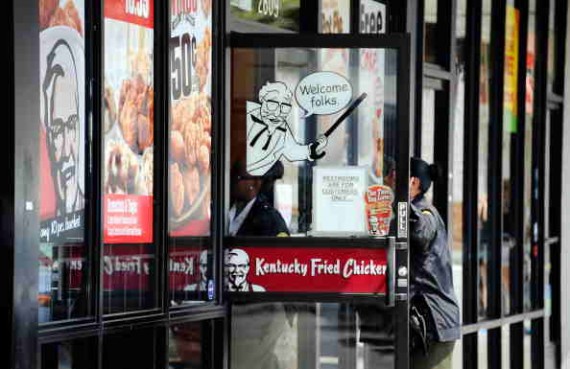 Kentucky Fried Chicken (KFC) has announced in a press release published in PR Newswire that they have partnered with DoorDash, a company that offers on-demand delivery.

The partnership allows KFC to deliver its food to customers in the San Francisco Bay Area, Los Angeles and Orange County.

KFC said in the press release that they are offering delivery of complete meal replacements, such as the $20 Family Fill Up that comes with eight pieces of chicken, two large mashed potatoes and gravy, large coleslaw, and four biscuits.

KFC will hand-prepare the food in its restaurants and DoorDash will pick them up and deliver them to their destination.

Chris Caldwell, the CIO of KFC U.S., said in the press release that DoorDash was the right choice for the restaurant chain to partner with.

"Both companies believe the customer comes first and DoorDash's commitment to customer experience made them the best partner for us to get the world's best fried chicken directly to our customers' doors," he said.

Prahar Shah, the head of business development at DoorDash, adds in the press release that they KFC is a perfect partner for the company.

"Their focus on fast, convenient and valuable family meals aligns perfectly with DoorDash's vision for easy and delightful delivery," he said.

The Columbus Dispatch said that this will be the first time that KFC will be offering a delivery service in the U.S.

The restaurant chain plans to expand its delivery service to Houston by the end of the year.

The Columbus Dispatch adds that the delivery of chicken, though, won't come cheap as KFC is planning to charge a delivery fee between $4.99 and $6.99.

The amount will depend on the location of the customer.

KFC expects to offer the delivery service in 100 of its restaurants before it decides to expand the service, according to The Columbus Dispatch.

KFC said in the press release that customers just need to download the DoorDash app for IOS or Android to get started with KFC delivery.