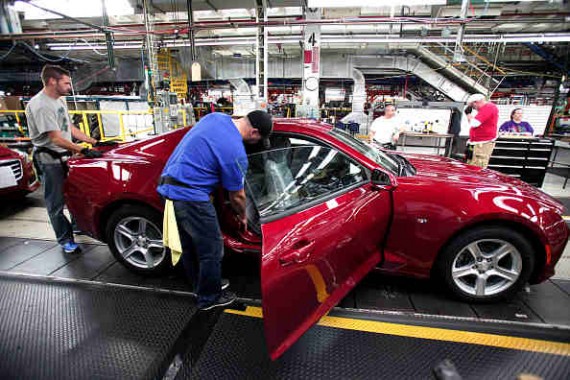 Dennis Williams, the president of the United Auto Workers Union (UAW) have announced in a press release that they will be extending the deadline for the ratification of the deal the union made with General Motors Company (GM).

Williams said that he has determined that further discussions with automaker were needed.

Williams said in the press release that "the majority of the entire UAW-GM membership voted in favor of the tentative agreement by a 55.4 percent to 44.6 percent margin."

However, he said that the skilled trades membership has voted against ratifying the deal.

Williams adds in the press release that they have met with skilled trades member at each GM worksite late last week to determine the issues for the rejection of the tentative agreement.

The union is extending the deadline and furthering discussions with GM based on the feedback from the skilled trades membership.

USA Today adds that the delay in ratification, which is extended until November 20, 2015, has created tension at some plants between production workers and skilled trades workers.

The production workers have voted to ratify the tentative agreement.

A production worker, who asked not to be identified for fear of retribution, told USA Today that fellow workers are expressing resentment toward skilled trade workers.

"If we voted no and (skilled) trades voted yes, the union would shove it down our throats," the worker said.

USA Today adds that another commenter is questioning how many unions does GM have.

"How many unions do we have - one for production and a more important one for trades?"

Sources familiar with the contract have told USA Today that the proposed wage increase will take effect once the matter is resolved.

However, the $8,000 signing bonuses for 52,700 GM workers will be delayed until after Thanksgiving.

USA Today adds that some skilled workers interviewed by the Free Press were upset that they are not eligible for the $60,000 retirement incentive.

The contract offers the incentive to up to 4,000 production workers.

USA Today adds that a greater number of skilled workers, though, have voted against the agreement due to the inadequate commitment of GM to train new apprentices.

The automaker has pledged to train 400 new apprentices over the next four years.

USA Today adds that GM said in a statement that the company is working with the UAW to "address the issues raised by the skilled trades workers."

"We remain committed to obtaining an agreement that is good for employees and the business," GM said.