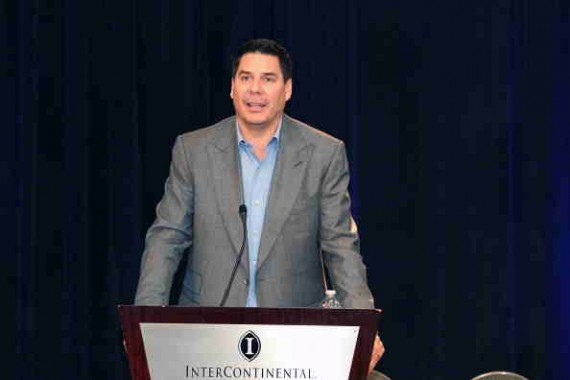 Marcelo Claure, the CEO of Sprint Corp., has just revealed his "One Sprint" business strategy in a weekly newsletter to employees, according to a report from the Kansas City Business Journal.

The new business strategy will shake up how the company serves its customers.

The Kansas City Business Journal said that the company plans to place individuals to be in charge of 19 key cities.

The company plans to replicate the efforts that Tracy Nolan, the general manager of Sprint, implemented in the Chicago market.

The Kansas City Business Journal adds that Claure said in the newsletter that he believes the new approach will make the company "more efficient and do a better job" of serving its customers.

"Today we go to market with teams from postpaid, prepaid, enterprise and general business all calling on customers in the same area," he said. "There is overlap among our teams with this approach. It's almost like we have four Sprints."

The Kansas City Business Journal adds that Claure said Nolan will be working with him in leading the implementation of the strategy.

She will be "providing sales guidance and ensuring that we execute with excellence when it's ready to go," he said.

The Kansas City Business Journal adds that Nolan will be leading the company's efforts in Illinois and Wisconsin.

LakeExpo.com adds that Claure said Nolan's effort in the Chicago market has been unexpectedly successful.

Claure though didn't identify yet who will be leading the company in other cities.

LakeExpo.com adds that Claure said the changes won't happen until early next year, after the critical holiday shopping season.

A lot of subscribers usually look for new carriers and phones during the holiday shopping season.

Claure's goal with the new business strategy is to help change how the company operates and improve its sales efforts, according to LakeExpo.com

He said that the company is not growing fast enough.

LakeExpo.com adds that Claure said in the newsletter that he knows good things will happen when leaders are given more freedom to be entrepreneurial in their strategy with engaging with customers.