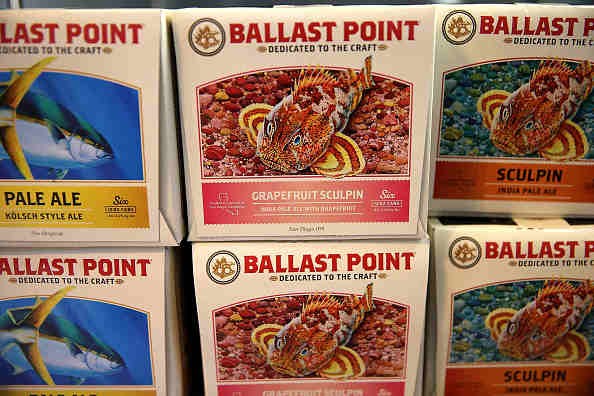 Constellation Brands Inc. has announced in a press release that it will be acquiring Ballast Point Brewing & Spirits, one of the fastest growing craft beer companies in the U.S., for approximately $1 billion.

The acquisition allows Constellation to compete in the fast-growing craft beer segment and further strengthen its position in the highest end of the U.S. beer market.

Constellation said in the press release that Ballast Point has a beer portfolio that includes more than 40 different styles of beer and is an expert in brewing the most premium, highest quality award winning products.

Ballast Point's portfolio is led by the popular Sculpin IPA and the Grapefruit Sculpin IPA.

Constellation adds in the press release that Ballast Point is on pace to sell nearly 4 million cases in calendar 2015.

The 4 million cases represent a growth of more than 100 percent compared to its sales on calendar 2014.

Ballast Point is also expecting net sales of $115 million for calendar 2015, according to the press release.

The company has averaged a growth of over 80 percent in volume and net sales from calendar 2012 to calendar 2014.

Jack White, the founder of Ballast Point, said in the press release that the company has a vision of producing "great beer that consumers love and to do it the right way."

"To achieve that vision, we needed to find the right partner," he said. "The team at Constellation shares our values, entrepreneurial spirit and passion for beer, and has a proven track record of helping successful premium brands reach the next level of growth and scale."

Rob Sands, the CEO of Constellation, adds in the press release that they believe in the vision that White and his team has created.

"Their business philosophy and entrepreneurial spirit perfectly align with our culture and we look forward to strengthening our position in the high-end beer segment with what is arguably the most premium major brand in the entire craft beer business," he said.

The Wall Street Journal adds that the deal signals that large brewers expect the craft beer industry, which has a roughly 10 percent market share in the U.S., to continue to grow in the years to come.

The transaction is the fourth and largest craft deal this fall following acquisitions made by Anheuser-Busch InBev NV, MillerCoors LLC, and Heineken NV.

The Wall Street Journal adds that the rise in acquisitions of craft beer is due to the changing taste of consumers in the U.S.

Constellation said in the press release that the acquisition is expected to be neutral to diluted earnings per share for fiscal 2016 and $0.05 to $0.06 accretive for fiscal 2017.

The company also expects the transaction to close by the end of the calendar year 2015.