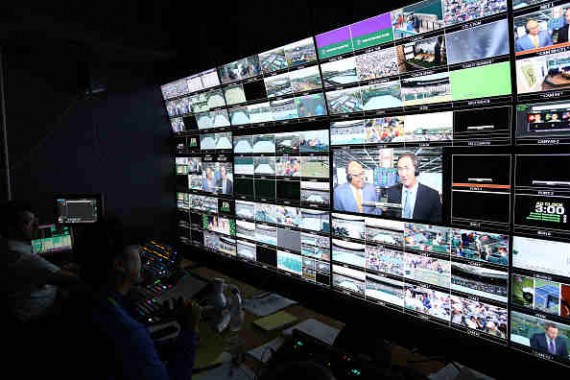 Media General, Inc. has announced in a press release that their board has unanimously rejected Nexstar Broadcasting Group, Inc.'s unsolicited proposal, as currently constructed, for Nexstar to acquire all the outstanding common stock of Media General.

The company, though, agrees to engage in negotiations with Nexstar regarding the proposed merger.

Media General said in the press release that their board believes that the proposal significantly undervalues the company and its prospects.

The excess spectrum can be monetized via the upcoming Broadcast Auctions.

Media General said in the press release that they, along with their advisors, intend to engage Nexstar in private negotiations.

The company, though, does not guarantee that the negotiations will result in a transaction.

Bloomberg adds that Nexstar made an unsolicited proposal to acquire Media General for $1.85 billion in September.

Bloomberg adds that Media General's board, though, is still trying to recommend buying Meredith.

Bloomberg adds that a merger between Nexstar and Media  General, or Media General and Meredith, would allow them to charge higher rates.

These rates are known as retransmission fees, which are used to pay providers like AT&T Inc. and Comcast for the right to carry their stations.

Perry Sook, the chairman, president and CEO of Nexstar, said in the company's press release that they are surprised that Media General's board deemed the value of their proposal "inadequate today."

He said, though, that they are "willing to engage with them to hear their perspectives."

Sook adds in their press release that he believes their proposal will "deliver superior, immediate and long-term value to Media General shareholders compared with any alternatives available to the company."