American Airlines to Change Loyalty Program in 2nd Half of 2016 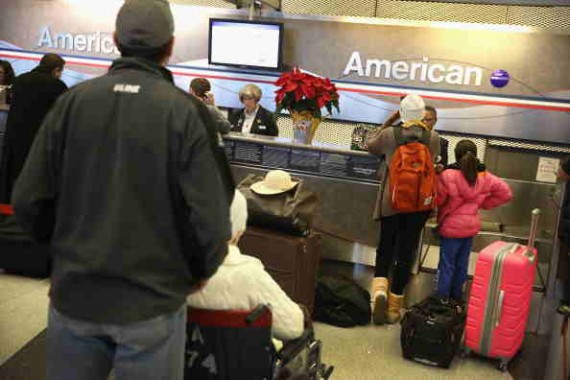 American Airlines Group has announced in a press release that it will be changing its AAdvantage loyalty program in the second half of 2016.

The airline's loyalty program will shift how customers can earn award miles from distance flown to dollars spent.

American Airlines said in the press release that members of their AAdvantage will begin to earn their award miles based on the price of the ticket they purchased and the member's elite status level.

The price of the ticket purchased includes the base fare plus carrier-imposed fees but excludes the government-imposed taxes and fees.

American Airlines said in the press release that members will receive five miles for every U.S. dollar spent on the ticket price.

Suzanne Rubin, the president of American Airlines' AAdvantage, said in the press release that the airline has been focusing on integration in the past two years.

"Now we're at a point where we can begin to look ahead and lay the foundation for the future of the AAdvantage program to ensure we're rewarding our most loyal customers with the benefits they value the most," she said.

Reuters adds that American Airlines has held off on the switch and focused on integrating US Airways loyalty program and reservations platform.

This is so that employees and customers won't be overwhelmed by all the changes.

American said in the press release that it will also be adjusting the award redemption rates with some award levels increasing while others decreasing.

The airline also said that it will be offering the best elite-qualifying mile multipliers in the industry and simplify their elite qualification process.

Reuters said that American Airlines shares fell more than one percent, but Stern Agee CRT analyst Adam Hackel attributed the decline on worry for demand due to the attacks on Paris last Friday.