Allegiant Announces Expansion to 2 New Cities and New Routes Service. Offer Fares As Low As $29 on the New Routes to Celebrate the Expansion 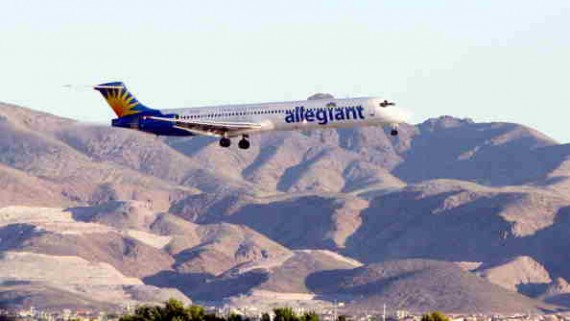 Allegiant Air, a low-cost airline owned by Allegiant Travel Company, has announced in a press release that it will be adding nine new routes and adding two cities to its nonstop service.

To celebrate the expansion, the airline is offering one-way fares on the new routes for as low as $29.

Jude Bricker, the senior vice president of planning at Allegiant Travel, said in the press release that they are excited with the expansion of their routes and the addition of the two new cities.

"Nonstop flights to Florida from Dayton and Flint are in high demand, and we're pleased to announce our entry into these markets to fill that demand," he said. "These nine new routes will offer millions of travelers brand-new options to escape to a warm destination this winter and spring."

Allegiant Air adds in the press release that all the new routes will begin on February 2016 and will be flown twice weekly.

The Tampa Bay Times adds that the flights are expected to carry 37,000 passengers to Tampa Bay annually.

Allegiant is responsible for record passenger traffic at the St. Pete-Clearwater, which is the fastest-growing airport in the Allegiant system.

The Tampa Bay Times adds that the airport is expected to handle a record 1.6 million passengers this year.

Roughly 95 percent of the passengers are flying with Allegiant.

The Tampa Bay Times that St. Pete-Clearwater expects to handle more than 1.75 million passengers next year.

Allegiant said in the press release that the promo fare tickets are for one-way and not available on all flights.

The airline adds that available seats are limited for the promo ticket fares.

Allegiant said in the press release that passengers who want to avail of the promo fares should purchase the tickets before November 23, 2015, and it is for travel by August 17, 2016, except for the seasonal nonstop service to Palm Beach, which for travel by May 16, 2016.

The promo fare ticket prices vary per route and the prices reflect purchase by debit card. Customers who will use a credit card to purchase their tickets are subject to a surcharge that won't exceed $8 each way per passenger.