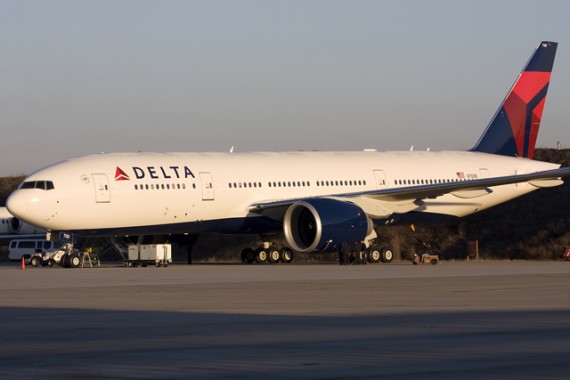 In-flight calls may not be available on Delta Airlines.(Photo : Creative Commons)

While passengers may be able to call other people while they are flying, Delta does not seem to favor the change ABC News reported Wednesday.

The airline is an example of those who could still make their own rules for the service, regardless if the United States Department of Transportation puts the ban in place again.

"The ability to make voice calls onboard would detract from, not enhance their experience," Richard Anderson, Delta CEO said in a memo ABC News reported. "(Delta will) move quickly to enable customers to use text, email, and other silent data transmission services gate to gate."

"Over the past few weeks, we have heard of concerns raised by airlines, travelers, flight attendants, members of Congress and others who are all troubled over the idea of passengers talking on cell phones in flight--and I am concerned about this possibility as well."

The FCC voted 3-2 Dec. 12 on proposed legislation to allow passengers to call people while they are in the air. Airlines would not have to put equipment in place similar to those passengers use for Wi-Fi.

The news comes after the Federal Aviation Administration approved passengers on airlines to utilize their portable electronic devices.

Southwest Airlines and JetBlue Airways have been the first two airlines to initiate the new features.

Southwest offers Wi-Fi service for $8 a device throughout any stops or connecting flights their trip takes them on.

JetBlue customers can operate their smart phones, tablets, games and other smaller electronic devices at all times while the plane is moving a press release reported.  The airline is however, requiring passengers put away their laptop computers except when the plane is in the air.