Airbnb Raises More Than $100 Million in Latest Round Of Funding, Showing Solid Growth to Attract Investors 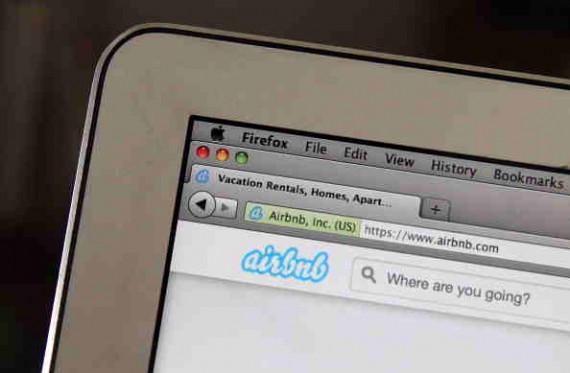 Airbnb Inc. has raised more than $100 million in a new round of funding that has closed, a person familiar with the matter has told The Wall Street Journal.

The home-rental service company, seeking another round of funds, has showed off its solid growth to investors.

The Wall Street Journal said that Airbnb's investor presentation showed that the company has generated $340 million of revenue in the third quarter.

The revenues were generated on bookings of $2.2 billion.

The Wall Street Journal adds that Airbnb's third quarter revenues and bookings had roughly doubled from the figures a year earlier.

The company's number of bookings for the third quarter is at 23.8 million, an increase from the 11.3 million a year earlier.

The investor presentation also showed that Airbnb's performance is ahead of schedule, according to The Wall Street Journal.

The company's revenue is showed to be on pace to reach $900 million this year, compared to the $825 million Airbnb projected during a fundraising that it completed in July.

Reuters adds that Airbnb's latest funding round was done at the same $25.5 billion valuation that the company has in its previous funding round over the summer.

This shows that tech companies that are worth $1 billion or more are finding it harder to convince investors to invest in shares that are continuously increasing in valuations.

Two investors who know details about Airbnb's financial told The Wall Street Journal that this has been a problem for the company in attracting investors.

The investors think that the business will take years of growth before it can justify the current valuation level.

The Wall Street Journal adds that Airbnb makes money by taking a three percent cut on each booking together with a service fee of six to 12 percent from the guests.

The third-quarter numbers show that the company looks to be collecting the maximum 12 percent fee from guests.

Reuters adds that some travelers prefer Airbnb not only because of its cheaper price but also because of the option to rent an entire house.

Travelers also prefer the quiet neighborhood option that Airbnb offers and the knowledge that guests will get from their hosts.