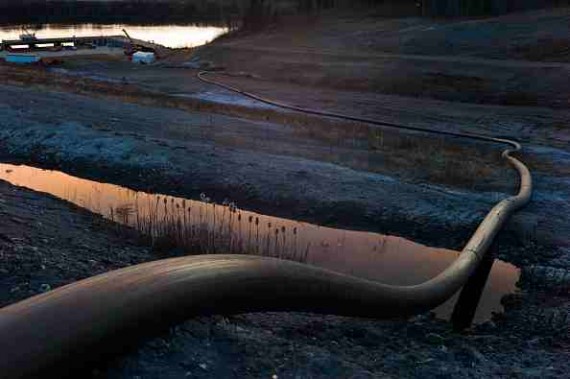 The government of Alberta, Canada has announced in a press release its Climate Leadership Plan that will accelerate the transition from coal to renewable electricity sources, puts a price on carbon pollution, and sets emission limits for oil sands.

The Climate Leadership Plan is designed to protect Alberta's health, environment and economy.

The Alberta Government said in the press release that they plan to transition to more renewable energy and natural gas generation by 2030.

The transition will help the province phase out all pollution that is caused by burning coal.

The government also adds in the press release that they will be setting an overall oil sands emission limit of 100 megatonnes, with the provision for new upgrading and co-generation.

To help meet this requirement, the government has put a tax on carbon to provide incentives for everyone to reduce greenhouse gas pollution.

The will also implement a methane reduction strategy, with the help of industry, environmental organizations and affected First Nations, to reduce emissions by 45 percent from 2014 levels by 2025.

Responding to climate change is about doing what's right for future generations of Albertans - protecting our jobs, health and the environment," Rachel Notley, Alberta's Premier, said in the press release.

She adds that the plan will help "access new markets for our energy products, and diversify our economy with renewable energy and energy efficiency technology."

Reuters adds that Alberta has the third largest crude reserves in the world.

But the province's oil sands industry is also the fastest growing source of greenhouse gas emissions in Canada.

Reuters adds that Alberta's status has environmental groups fiercely opposing the province's proposed pipelines that would allow the industry to access new markets.

The proposal included the recently rejected Keystone XL pipeline, which is proposed by TransCanada Corp.

The Wall Street Journal adds that Notley described U.S. President Barrack Obama's rejection of the Keystone XL pipeline a "kick in the teeth" and a wake-up call for the province to improve its environmental protection.

Obama has cited Alberta's "dirtier crude oil" in the decision to reject the proposed project.

The Alberta Government said in the press release that the Climate Leadership Plan will be revenue neutral as 100 percent of the proceeds will be reinvested in Alberta.

A portion of the revenue collected will be invested into measures to reduce pollution and the other revenues will be invested in an adjustment fund that will help individuals and families make ends meet, provide transition support to small businesses, and to people who are working in the affected coal facilities.