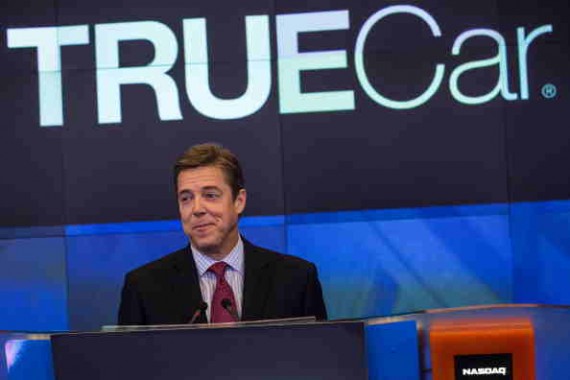 TrueCar, Inc. has announced in a press release that it has named Chip Perry, an online automotive pioneer and long-time industry leader, to be the company's new president and CEO.

Perry's top priority for the company, once he takes over, is to repair the relationship TrueCar has with car dealers.

Bloomberg said that TrueCar has had a contentious relationship with car dealers, which pays $300 a car to the company or a subscription fee to provide consumer leads.

TrueCar has recently ended its relations with AutoNation Inc., the biggest new car retailer in the U.S., after AutoNation decided not to provide TrueCar with the data it needs to charge the retailer for their services.

Perry told Bloomberg during an interview on Monday that a lot of car dealers have issues working with TrueCar.

"My goal is going to be to earn their trust back by listening to them and building their feedback into our future plans," he said.

Perry will be replacing Scott Painter, TrueCar's founder, as he steps down as CEO effective on December 15, according to the press release.

Painter will also be resigning as chairman and as a member of the company's board of directors.

"As founder of TrueCar, I'm proud of what we've accomplished, but it's time for a change and we have found exactly the right person for the job," Painter said in the press release.

Bloomberg said that Perry will be taking over a company that has recently lost two auto-industry veterans.

John Krafick, a former head of Hyundai Motor Co.'s U.S. operations, left as president of TrueCar in September, and Larry Dominique, a former executive at Nissan Co., will be stepping down as the company's executive vice president next month.

Perry was the first employee of Autotrader.com in 1997 and became the company's CEO during its inception until 2013, according to the press release.

He guided Autotrader.com's evolution from a one-person startup into the largest online automotive marketplace.

Prior to starting at Autotrader.com, Perry was a management consultant in the Los Angeles office of McKinsey & Co., according to the press release.

He was also a vice president of new business development at the Los Angeles Times.

Perry's appointment as president and CEO is effective on December 15, 2015, according to the press release.