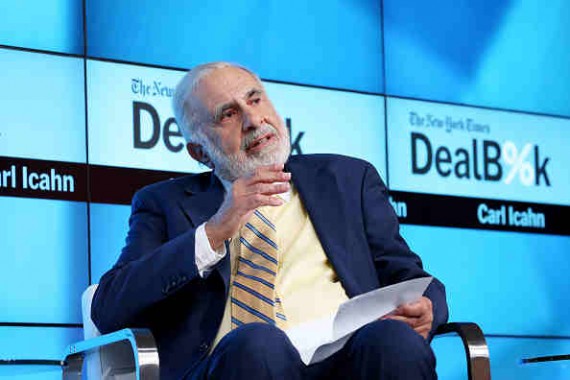 Carl Icahn has disclosed on Monday that he has accumulated a 7.1 percent stake at Xerox Corporation, according to a report from The Wall Street Journal.

Icahn said that the company is undervalued and is also considering taking seats at Xerox's board of directors.

The Wall Street Journal said that Icahn's Securities and Exchange Commission filing show that the activist investor intends to hold discussions with Xerox's management and board.

The discussions would concern "improving operational performance and pursuing strategic alternatives, as well as the possibility of board representation."

The Wall Street Journal adds that Icahn's firm spent $86 million to purchase 8.2 million shares of Xerox and paid another $160 million for forward contracts to buy another 64 million shares for $512.5 million.

Bloomberg said that Icahn usually goes after companies that are considering a strategic change.

Xerox announced last week that it will be conducting a broad-based review of structural options for the company's business portfolio and capital allocation.

Ursula Burns, the CEO of Xerox, told Bloomberg in a conference call in October that the company is going to consider everything.

The only thing that they won't be looking at is selling the company.

The Wall Street Journal adds that Xerox has been struggling for years with shrinking sales of printers and copiers.

The company's revenues have also been shrinking, from the nearly $20 billion revenue last year to the about $10.6 billion market value as of Monday.

The Wall Street Journal adds that Burns has tried to transition the company into a service-based business that handles the back-office operations for companies and governments.

Fifty-six percent of the company's top line during the nine months through September 30 has come from document management, bill processing and other services.

Bloomberg adds that Xerox acknowledged in a statement that they are aware of Icahn's stake in the company.

"Xerox welcomes open communications with shareholders and values constructive dialogue," the company said in the statement. "Our board and management team are committed to improving performance and creating value for shareholders and will continue to take the actions to advance these objectives."

Bloomberg adds that their data shows that Icahn is the second-biggest shareholder of Xerox, next to Vanguard Group Inc., who has an 8.4 percent stake.