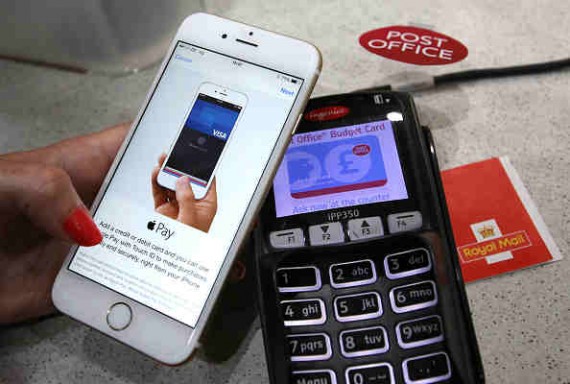 Apple Inc. is planning to launch its new Apple Pay electronic-payment service in China by next year, people familiar with the discussions told The Wall Street Journal.

Apple is hoping to launch the electronic-payment service before February 8, 2016, before China's Spring Festival Holiday.

The people told The Wall Street Journal that Apple has struck deals with China's big four state-run banks to make the launch possible.

The deal will allow users of Apple Pay to link the service to their own local bank accounts.

The sources, though, adds that Apple's effort could still face regulatory hurdles in China, according to The Wall Street Journal.

Several government agencies in the country oversee the banking and e-commerce industry.

The source also told The Wall Street Journal that it is still unclear how much Apple would be charging for users who will make purchases using Apple Pay.

The amount that Apple will make off of transactions has been a sticking point in negotiations.

The Wall Street Journal adds that Apple gets 0.15 percent of all credit card transactions and 0.5 cents per debit in the U.S.

CNET adds that Apple Pay was launched last year in the U.S. and other countries to enable iPhone 6 and later iPhones and Apple Watch owners to pay for items via the near-field communication (NFC) wireless technology.

A number of banks in the U.S. are already using the payment service, which has also gotten support from all four major U.S. credit cards.

CNET adds that companies have been eager to push mobile payments, believing that it will build loyalty with consumers.

Users of Apple Pay, for example, are likely to keep their iPhones if users are able to store their payment details and use the smartphone to buy their items.

China is considered as the largest smartphone market in the world.

The Wall Street Journal adds, though, that China is already dominated by the rival electronic-payment system, such as the state-run China UnionPay Co.

The Wall Street Journal adds that Apple will also be dealing with Alipay, a service run by an affiliate of Alibaba Group Holdings Ltd. and WeChat, a chat-and-service app by Tencent Holdings Ltd.